Juni, a Swedish neobank designed for e-commerce and online marketing entrepreneurs, has raised $21.5 million in its Series A funding round. 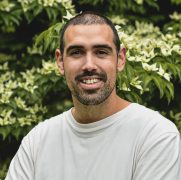 The round was co-led by Partners of DST Global and Felix Capital with participation from Cherry Ventures and other early investors.

Juni’s online banking platform acts as a payments solution for “Internet-first companies” and can be integrated with banks and payment providers to automate routine functions like ad spend and invoices.

The firm raised $2.4 million in its Seed round in November last year, and its beta product was only officially launched in March.

Since then, the company claims it has gained 250 customers and increased its total transaction volume almost 500% month-on-month.

Juni says it plans to use the funds to focus on product development and recruiting.

In a post on the company’s website, co-founder and CEO Samir El-Sabini writes: “Our mission has always been to become a financial companion for e-commerce – letting businesses automate several parts of their businesses and allowing them to focus on what truly matters.

“Over the next few months, we will release several new key features while hiring new talent.”

The company plans to quadruple the size of its team, growing from 28 to over 100 employees in the next 12 months.

Winner: @GoldmanSachs for All Marcus by Goldman Sachs® products and @marcus_uk.

Category: Best Use of IT for Lending The Highly Commended: Member Student Lending, LLC & @LendKey For Member Stude… twitter.com/i/web/status/1…