Danish fintech Pleo has raised $150 million in its Series C funding round. 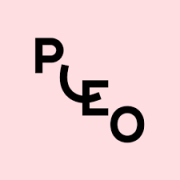 The company says the investment is Denmark’s biggest ever Series C round and brings its valuation to around $1.7 billion, making it Europe’s latest ‘unicorn’.

The round was co-led by US-based investment firms Bain Capital Ventures and Thrive Capital with participation from a number of previous investors, including Creandum, Kinnevik and Seedcamp.

The company says the new funds will be used to develop new features for the platform and to expand its staff and customer base.