Iowa-based fintech Dwolla has raised $21 million in a venture round led by Foundry Group. 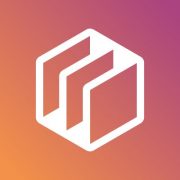 The Iowa-based firm was founded in 2008

With this latest round of funding, Dwolla has now raised more than $70 million in capital across nine rounds from investors including Andreesen Horowitz, High Alpha, Thrive Capital and Ludlow Ventures.

The company says the funds will be used to fuel its international expansion plans and further product development.

It claims to have seen an 80% increase in transaction volume since the beginning of the COVID-19 pandemic, with the potential to exceed $30 billion in 2021.

Dwolla CEO Brady Harris says the funding will allow the firm to “fully capitalise” on its momentum, having onboarded around 3 million users in the first half of 2021.