Fintech start-up Landis has raised $165 million in debt and Series A financing led by Sequoia Capital. 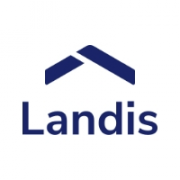 The start-up has now raised $182 million in total

The funding brings Landis’ total debt and equity raised to $182 million since the company’s launch in 2018.

Commenting on the raise, Smith says: “Landis is an innovative company that also has a social mission we are aligned with.”

Aimed at potential homeowners who are unable to secure a mortgage due to poor credit or debt, Landis uses underwriting technology and data science to help US renters get on the property ladder.

The New York-based firm allows clients to rent their home for up to 24 months and purchase it once they are “mortgage-ready”.

The company has also launched the Landis Homeownership Coach iPhone app to help people save money for their new home, with the aim of making “homeownership and financial literacy accessible to everyone”.

Co-founder Cyril Berdugo says the funds will be used to fuel the company’s expansion into new states, hire additional staff, and product development.