Anil Saboo, Google’s head of fintech and financial services, is stepping back from the Big Tech after three years. 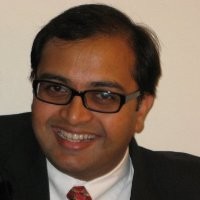 After that he stepped into the role of evangelising Google’s strategy towards fintech and financial services partnerships.

“I appreciate the opportunity, the partnerships and the mentorships from people on my team, from Google Cloud, from other product areas within Google,” Saboo writes on social media.

“I am grateful for the opportunity to have an impact, and hope I have been able to touch your lives like you have mine.”

Saboo, who spent eight years at SAP and seven years at Oracle, has joined cryptocurrency start-up Bakkt. He is the firm’s new vice president of platform partnerships and business development.

Google Cloud has recently signed a handful of new partnership deals with some large banks, including Commerzbank, SEB and BBVA.