An appeals court panel has overturned a New York ruling which allowed the state’s financial services regulator to block the ambitious “Fintech Charter”. 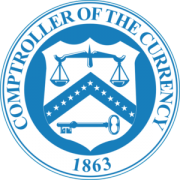 The OCC says it is reviewing its charter process

The Second Circuit Court has ruled the Office of the Comptroller of the Currency (OCC) can grant special purpose bank charters to nondepository institutions.

This overturns a decision from 2019 involving the New York Department of Financial Services (NYDFS), which ruled the OCC’s Fintech Charter broke rules in the National Bank Act.

According to BankingDive, the three-judge panel said NYDFS failed to show it had suffered “actual or imminent injury” from the charter.

The Fintech Charter gives wannabe banks in the US a separate path towards legitimacy. Most must apply for regular charters – an expensive process which cost pioneer Varo Money almost $100 million to complete.

Others can opt for industrial charters for the providing of services to businesses alone. Payments firm Square took this route, gaining approval in March 2020 after applying in September 2017.

Others have opted for the acquisition route, such as Transact Pro’s purchase of Colorado National Bank (CNB) in 2018, and San Francisco-based LendingClub, which bought Radius Bank for $185 million in 2020.

The Fintech Charter allows new fintech companies the ability to gain a licence across all 50 states, rather than having to deal with each states’ regulators individually.

It would allow firms with the backing of capital to kickstart the setting up of a new bank.

In response to the ruling, OCC spokesperson Bryan Hubbard says the agency is starting its own review of how it processes charter applications.

NYDFS superintendent Linda Lacewell says the agency plans to continue its fight against the legislation, and against “any encroachment on the state regulatory system”.

She adds the OCC should “reconsider this ill-advised program”.