Crown Agents Bank has made two executive appointments as it finalises an 18-month “transformation” period for the business. 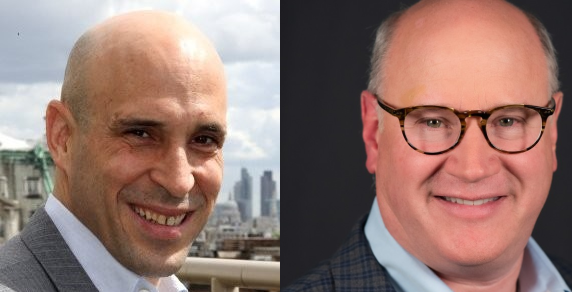 David Mountain and Joe Hurley have joined the bank as head of fintech and chief commercial officer, respectively.

The head of fintech role is new for the bank. Mountain will be responsible for mergers and acquisitions, as well as “the strategic use of technology”.

Mountain has experience in building fintech products. He founded Accucard, an online credit card business sold to Lloyds TSB in 2002.

Most recently he has worked as a board member of US-based fintech ProducePay.

“Crown Agents Bank has a phenomenal global network in markets where it is traditionally difficult to build strong relationships,” says Mountain.

“This, coupled with the bank’s technology capabilities, places it in a unique position to best serve these hard-to-reach markets.”

Hurley joins Crown Agents Bank from Discover Financial Services, where he worked as senior vice president. While at Discover, he oversaw the firm’s acquisition of the Pulse Debit business.

“It’s hugely exciting to be joining at a time when Crown Agents Bank is looking at how new innovations can be applied to deliver traditional banking services more efficiently,” he says.

The appointments follow 18 months in which the bank claims it saw a 65% year-on-year growth and launched new digital financial services.

In January, Crown Agents Bank also switched out its top job, with Bhairav Trivedi stepping in as CEO.

Trivedi had spent the previous nine months overseeing the rescue of Finablr, the Travelex operator based out of the United Arab Emirates (UAE), which fell into $1.3 billion of debt.