UK peer-to-peer (P2P) property lender The House Crowd’s collapse in February was a result of a series of governance failures, The Times reports. 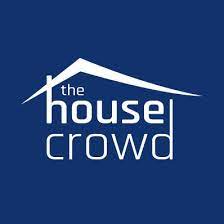 In the months leading up to its insolvency, The House Crowd had struggled to raise capital

Currently in administration, the lender’s investors are owed £52.7 million in capital and interest.

In February, following its entry into administration, the company’s board discovered an unauthorised loan to one of the company’s directors.

According to The Times, the recipient is believed to have been Frazer Fearnhead, the company’s founder and CEO.

Companies House filings, seen by the paper, show the loan breached the company’s credit policy. This, it says, constituted a reportable matter to the Financial Conduct Authority and “a conflict of interest”.

Some 468 shareholders’ capital is at risk, having invested £611,000 in The House Crowd via a 2019 crowdfunding campaign on Seedrs.

In the months leading up to its insolvency, The House Crowd had struggled to raise capital.

The FCA had put the lender under special “voluntary requirement” measures last year, restricting its activities.

The restriction was based on external consultants’ findings, which concluded the company “appeared not to be complying with new industry rules”.

According to The House Crowd’s administrators, Quantuma, the FCA continued to have concerns over “the company’s financial resilience, operations and the ability of its directors to properly manage its affairs” after it issued the warning.

In January, the regulator told the lender its restriction on activities could lift if it met certain conditions, such as recapitalising The House Crowd’s balance sheet.

Despite its CEO trying to seek a loan which breached the firm’s policy, the lender failed to gather the capital it needed to shrug off the FCA’s voluntary requirement measures.

This led the regulator to recommend the company be put into administration.

Much of the P2P industry has had to resort to institutional funding to remain in operation.

In December 2019, the FCA sent 65 P2P lending platforms a letter warning them to “act now” to clean up poor practice or face a “strong and rapid” crackdown. This followed the institution of new rules for the sector.

The warning followed the collapses of Collateral, Lendy and FundingSecure. These firms’ investors are all still waiting for their money back.

According to P2P Finance News, the regulator has called the industry “high risk” at least four times in recent years.

The House Crowd offered bridging and development finance loans to property developers, Investors would fund the loans, and were in turn offered returns of up to 10%.

Launched back in 2021, the P2P lender started out by allowing people to own equity in special-purpose vehicles which owned rental properties.

According to Mortgage Solutions, The House Crowd provided “sporadic updates” on its loan book performance which stopped being published in October 2019.

Its latest update shows more than a quarter of loans had defaulted since its launch. Some 10.7% of its loans were in default at the time.

In November 2020, Mortgage Solutions highlights that data about The House Crowd’s loan book was not included in performance metrics posted on its site.

Whilst administrators from Quantuma initially believed The House Crowd’s insolvency was “not expected to have a material impact on investors/lenders”, closer assessment suggests “investors will suffer capital shortfall”.

“Though it is too early to say exactly what this will be,” Frank Ofonagoro, a director at Quantuma, adds.