The thing about diversity 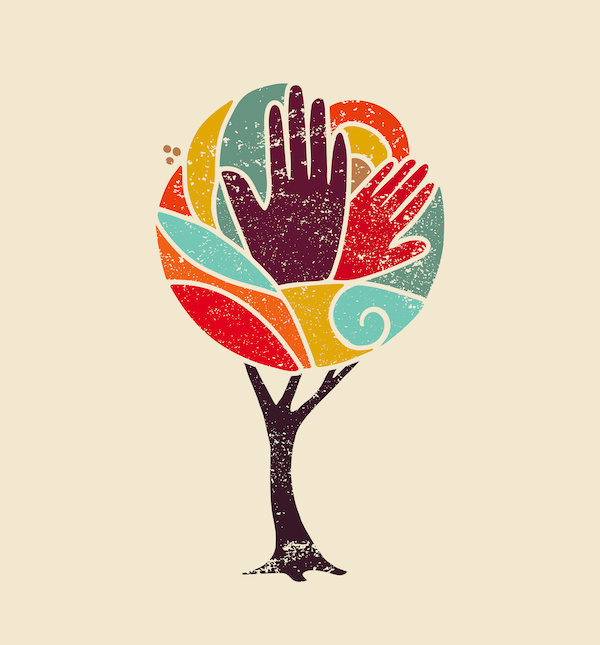 The thing about diversity is choice

I have been working in finance for almost 20 years and I have been “other” for exactly as long.

When I first arrived, I felt that I needed to catch up with my peers who had been climbing up the greasy pole over the past four years while I was buried in comparative constitutional amendments and hunting down nationalist monuments and iconography in rural Turkey (I didn’t have to look very hard, to be fair, they are everywhere, but, hey, any excuse for a road trip).

Then, I was keenly aware of my foreignness.

It was a novelty act. Guys, Leda doesn’t just have a funny name. She is “first generation”, as a colleague loved to say.

It took a few months to notice my other “otherness” but it hit me like a speeding train. I stoop up to go grab lunch, go to the photocopier, go to my boss’ office… I don’t even remember. But I stood up and looked across the floor of desks and saw… men. Just men. Only men. Nothing but men. And I turned to my colleague and said to him, “all I see is dudes” and he laughed and said, “you are talking to the only brown face in the room”. And so I was.

That was 20 years ago but his voice rang loud and clear in my head when, this summer, I read an article called “The only one in the room” recounting the experience of being a black executive in 2021. Plus ça change.

The thing about speaking up

My mum used to tell me this poem when I was a kid. And I will paraphrase it because I am refusing to look it up, the memory of her voice is so ingrained in my head I want to remember it authentically if not accurately. And it went like this: “First they came for the Jews and I did not speak up, for I am not a Jew. Then they came for the communists, and I did not speak up, because I am not a communist. And so it goes. Until they came for me. And there was nobody left to speak up for me.”

The first time I was involved in a diversity meeting, I realise now, I was not expected to speak. I still opened my mouth… twice. The first time I was put in a small box. As a woman, my view on women’s issues was… you know. Personal. And we all know objectivity is important. The second time I spoke, I was put on the naughty step. Because I am white. So what do I know about race. Said the other white people in the room.

I will tell you what I know. It is 2021 and Bloomberg just ran with the story that out of 1,500 Goldman Sachs executives in the US, fewer than 50 are black. The gender pay gap is alive and well and I am the only woman in most rooms I walk into. So the only thing that has changed over the last few years is my relative seniority in each organisation. And not so much what I do with my voice but how easy I am to dismiss and silence. The small box and the naughty step don’t apply to me any more. It’s not nothing. But it’s not enough.

The thing about representation

We have all finally come to accept representation matters. Seeing people who look like you doing things, going places matters. But somehow we took that to be licence to paint by numbers, tick the box and hope that interracial couples in mortgage adverts on TV are a ballast against institutional racism, and women being cast as senior cops in Line of Duty makes up for the under-representation of women in leadership positions in real life.

A study in ethnic diversity in UK children’s books published last year (CLPE Reflecting Realities Report 2020) found that the previous year – we are not going into the depths of publishing history here, we are talking 2019 – in the UK, a diverse society recently proudly announcing there is no institutional racism here, 57% of characters were white, 5% any potential skin pigment covered by BAME and 38% animals: a talking lion is a more likely occurrence than a brown face at the heart of the story.

In my 20 years in the industry I have seen diversity stay resolutely a tick boxing exercise and representation become a PR weapon in the pursuit of doing as little as possible for the maximum impact.

I have seen as many talking lions as black executives in my time here and the only place where I walked into a room full of decision makers who happened to be women was Oslo. Everywhere else has a diversity problem and you know how they deal with it?

But you know how those targets are set?

They are not population averages. They are industry averages.

So the story book equivalent would be to have 5% non-white, non-animal minor characters in each of your publications and you are golden. Let that sink in for a moment.

Why do companies do this? Are they bad people? Are they all sinister white men? Or are they HR professionals who don’t want to take on a task they don’t know how to successfully complete and why risk under-performing on a personal level by taking on a target that will become a millstone around your neck in an industry that does no better than your lot anyway?

So don’t talk to me about representation.

Because it becomes its own death sentence if what was meant to be precedent is nothing more than a highly visible exception.

The thing about RBG

Ruth Bader Ginsburg was famously asked how many women is enough women on the Supreme Court bench and she said nine. That’s all of them.

And you know what my first reaction was when I saw that quote?

Something happened in my head that day. Something major shifted in my own perception.

Digest that for a second because we are not moving on. That’s the whole story.

Until you can potentially and entirely accidentally – not by design, positive discrimination, quotas or affirmative action but a pure meritocratic selection through a competitive process and a diverse talent pipeline – end up with a team that is all non-white, non-binary, non-predictable individuals, then you have work to do. We have work to do. Until it is possible and it doesn’t have to be engineered. Until you can find them and they can find you and it is possible for a room full of decision makers to be all non white non male without it being a conscious act of defiance then we are nowhere near done.

The thing about meritocracy

We shouldn’t be penalised for the bigotry of generations long dead. True. There should be meritocracy, it shouldn’t be a handicap to be a white man. Also true.

Also totally not the point.

Because in my dream world of access, you could still end up with an all white, all male team, if they were the best for the job. But the fear that, if we let other people play, exclusion is inevitable, can only mean one thing: that those who benefit from the system today, also see the dice are loaded and the cards marked. I get the fear of not wanting to be at the receiving end of that. It ain’t pretty.

Frankly, I am done making the business case for diversity or pandering to the “yes, but”. You can pack up your little violins, we are no longer engaging in that conversation because I have finally wisened up to the fact that you are not listening to our answers. Your concerns are not objections to be addressed, they are obstacles meant to distract and slow us down. And it’s working. It’s working way too well and has done for way too long.

I shouldn’t need to explain that I have nothing against white men any more than I should have to say that the best people should always get the job. The implied assumption that the only way a white man would be dethroned entails a compromise on meritocracy has defined our conversations for way too long.

The thing about diversity

The thing is representation matters, of course it does. But it doesn’t matter as much as access.

If your business thinks of success as hitting industry averages you are part of the problem. And frankly, unless I see 27% talking lions in the boardroom by next quarter, I am so done with this mathematics.

The thing about diversity is choice.

And what that reveals about our institutions ain’t pretty.

We live in highly diverse societies. We work in highly non-diverse industries.

And unless you are bringing me talking lions, you will continue finding me uncooperative and difficult and vocal and unforgiving of your poor choices. And entirely unwilling to let you get away with pretending it’s not a choice.

Me and my talking lion mate are so done with this.