In just about every industry you look at, the ambitions of the next big thing in technology are the same: flexible, lightweight, and adaptable. Unfortunately, these are not the words most customers would use to describe their everyday banking experience. And if you would ask CIOs about the common theme of incumbent bank IT landscapes, they would much more likely describe them as grown, highly coupled, and complex to change. 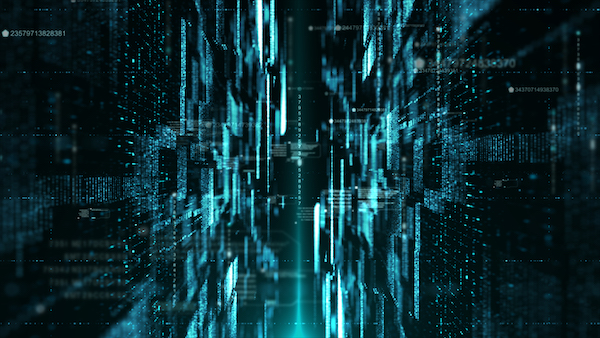 What will be the catalyst to send traditional banks towards cloud-based systems?

The biggest players in the banking industry are built on age-old core banking systems (CBS); legacy systems that often got their start in the 1980s or 1990s and have been expanded over and over to accommodate for paradigm shifts in the industry. Online banking, instant payments, or the unlimited virtual accounts are features not even the most visionary person would have imagined when designing the systems many years ago.

Nowadays, the more customers demand customisation and personalisation from their banks the more the business becomes about the actual customer experience. This trend is resulting in ever increasing needs for technological flexibility, so that even the most unexpected requirements can be met as fast as possible. Customer journeys need to be optimised continuously and efficiently by utilising reusable components and services to the extent possible.

Naturally, this has led to a rise in the popularity of cloud-based CBSs, such as Mambu or Thought Machine, which are either fully cloud native or offered as a cloud-based Software-as-a-Service (SaaS) solution. Those alternatives not only provide extremely modular and thus flexible platforms, but they also give small and medium-sized banks the ability to quickly compete against the traditional powers of the industry without incurring enormous up-front capital expenditures to purchase the necessary hardware and software required for traditional CBSs.

Where is the road heading for banks – both incumbent and newcomers – in regard to what CBSs will look like in the future? Let’s take a deep dive into what the new generation of CBSs has to offer and what the catalyst will be to send traditional banks towards cloud-based systems.

As with most technologies that are cloud based, the initial attraction often comes down to flexibility. Using a flexible, cloud-based CBS gives growing banks the opportunity to flourish at their own pace without the initial need of having to sink major funds to foster the growth they hope for. Instead, the cloud-based subscriptions allow them to pay for licences and IT on a monthly basis as needed – typically on a per customer, account, or per trade basis.

The German player N26 can be seen as a great example of how a cloud-based CBS solution can grow with its customers’ demands and an increasing number of active accounts.

Like during a global pandemic such as COVID-19, it also gives banks the ability to scale their online business when branches are closed. In contrast when business is sluggish, contracts can be designed in such a way that banks are not stuck with paying for massive amounts of unused licenses and infrastructure.

Flexible, microservice-based architectures make it possible to offer a true pay-as-you-go options even from a functionality point of view. Modules can be added or removed with such ease that would have hardly been possible with traditional, clunky monolithic CBSs.

One plus of modern CBS systems is how easily they can integrate with other accelerators and quickly roll out new features to keep up with the competition. Additions such as fraud text alerts, virtual assistants, geolocation services, virtual accounts, or automatic “round-up” saving features can take months for traditional CBS-based banks to launch due to the sheer complexity and inflexibility of their legacy systems. With the rise of full ecosystems cropping up around some of the cloud-based solutions, integrating those capabilities can almost be done at the click of a button.

Of course, it’s not all slam dunks and high fives for the newcomers to the market. In fact, the lack of experience and long-term track record are elements holding back the cloud-based players.

Traditional CBSs might not move as quickly or add components as swiftly, but except for scalability there is often no doubt as to their reliability, which plenty of customers still rank as their most important quality. Due to their large installed base often in different regions, most of the time it is easy to demonstrate the regulatory compliance of such a traditional system. Something new players will need to catch up on as they expand on their geographical market presence.

Major banks are often traditionalists promoting a rather conservative tech strategy for a reason. Many of them have such hardwired systems in place that a move to a cloud-based CBS would require a lot of churn – not just in terms of technology but also in terms of employee training. It’s not like putting two Lego sets together and finding it to be a perfect fit. These legacy systems were written in languages with technologies that in many cases do not even exist anymore. In addition, these integrations can be costly, complex, and error prone.

Cloud-based systems might be cutting edge and intuitive, but if they cannot exceed the capabilities of what’s already in place, it is typically very hard to argue for change. Additionally, regulatory uncertainty has not made it easy for banks to move their core banking systems, the very heart of their operation, to a public cloud provider. Data privacy regulations had to be complied with, and tailored service agreements had to be created for it became a possibility.

As a result, C-suite employees of major banks frequently find themselves in a vicious circle, understanding the need for change to meet customer expectations while ensuring medium-term stability at the same time.

Change seldom comes rapidly in the banking industry, but once a proven replacement is on hand, the big players will recognize it and begin moving to adopt it. After an initial phase where only minor players were willing to take the risk, public cloud solutions have slowly become the de facto standard at most major banks.

The speed and flexibility cloud-based options can offer are now nothing more than a requirement to keep up with the market. Moreover, digital attackers like Starling Bank or N26 are great examples of how fully cloud-based CBSs can help in disrupting a market.

It may take up to a decade, with more clearly defined regulations in some countries, but expect to see a future where cloud-based CBSs are the rule not the exception.

By Annika Melchert, Boris Stoff, and Daniel Wagner, all part of the expert group on digital banking, fintechs, and neobanks at BCG Platinion, the IT strategy and architecture arm of DigitalBCG