And then we came to the end

I remember once, many many years ago, arriving at a client site for a meeting.

There were seven of us, travelling in packs as all bankers do, and I was very excited as I was new to client meetings having spent most of my career till that point in the basement with the rest of the ops and IT folks.

As we were waiting in the lobby to be fetched, we saw another pack of roughly the same size as us, being shepherded out the door by our client. And I don’t mean “an employee of the same bank we were there to visit”, I mean the same human. The pack looked very familiar: they were colleagues of ours. Worked in the same building as us. Two of them sat across from me since I had recently been promoted out of the basement and straight to the Executive Floor where Important People Sit. 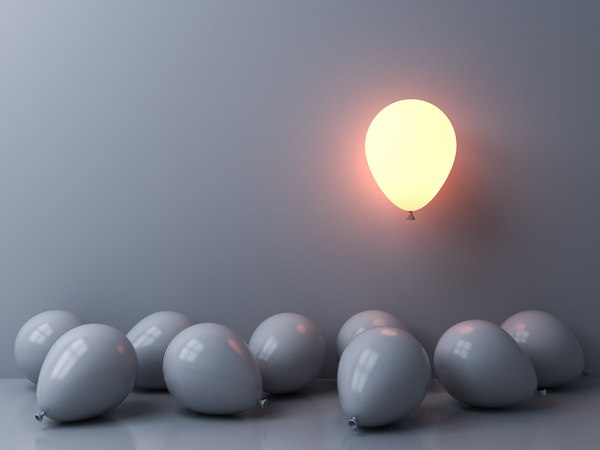 Is the time upon us to really address organisational dysfunction?

Why do I have to move? I had asked my boss at the time.

My team are still in the basement. You, the boss, in HQ, in another country. Why do I have to move?

Two reasons, he had said, wise, wise man that he is. One is status. The org sees where you sit, where you park your bag and coat even if you are never there. It matters. The second reason is people chat, by the water cooler, across the floor, idly and usefully and you will be plugged into the right conversations.

If only it were that simple.

Easy to say yes to all of that. But it’s neither accurate nor the full story.

The truth is that, in big organisations, this happens. A lot. And I mean a lot.

And there is a reason for it. And the reason is legacy.

Organisations, particularly businesses offering B2B financial services, historically grew organically in a way that suited their geography, clients, ambition and business model. Then they found themselves thrown together through aggressive takeovers or more benign mergers and, before everything was harmonised, another entity was acquired. Then another. Then harmonisation programmes, new structures, new business, small projects, big projects and good ole inertia meant that a working equilibrium emerged that was neither clean nor tight… but hey. It worked. And most clients in the business-to-business (B2B) space look similar, their legacy and history shared even if the specifics differ, so they understand the pain and unite in “until it breaks, don’t fix it”.

Big institutions are complex by default as well as by accident. They are never actually complex by design. Simplification is a constant urge, but the trade-off of “how much does this hurt” vs “how much pain does it cause” (interestingly, rarely the same thing) is always measured against “what else could I be doing with this time” and there is always something on fire, something urgent, something desperately pressing so a “drains up” solution usually takes a back seat to bandaids and tactical fixes.

We know that, structurally, we are on the messy side of functional, says the big organisation, so we will build some bridges across our estate. Dotted reporting lines, steering committees, alignment meetings and briefing packs. All in the name of aligning and staying connected across organisational and systems architectures that resemble the proverbial plate of spaghetti.

Only what happens to all these sessions and information nuggets is what would happen to a box of Christmas decorations given to you in May. You don’t need it right now, you will put it somewhere safe and, assuming you remember it at all come December, it will then be all about remembering where you put it.

How big a problem is two teams from the same company meeting the same client without knowing about each other’s presence and agenda?
If you are not a banker you are probably thinking: oh. Embarrassing.

It’s not. It’s normal. It happens a lot.

Some of it is even intentional, Chinese walls and arms-length requirements and regulatory firebreak requirements mean that some things are meant to not be communicated inside big organisations. Commercial relationships and contracting entities, bundled or unbundled product or service deals mean that the client at times will choose the spaghetti because of its commercial upside even if they chafe against it and resent it operationally.

So tactical responses to the spaghetti problem are contemplated and deployed. Fires put out. But the problem being solved at any one time is never really the full problem, just a more urgent subset. And the legacy lives on.

And then we came to the end

We were all in this together, we agreed to make the most of a bad situation, and it worked, for a while. For a long while. And although it wasn’t always good to work in this way, from an employee satisfaction point of view, it made money.

Careers were built. Business was done. It was not good but it was fine.

The problem is not that it stopped working.

The problem is that the world shifted. And with it, the exam question changed.

A business model understanding how to monetise value exchange under the shining lights of brand new economics became existential.

I mean that what constitutes value, how it is constructed and measured, what is valuable and what is considered value-additive activity is radically different in a digital economy.

And the digital economy is here.

And all our transformation efforts to-date have not unpicked the tech legacy of yesteryear or the organisational spaghetti enough to even get started on digital mission-readiness for our organisations.

Tomorrow arrived and we are still up to our eyeballs dealing with yesterday, the breathing room “today” may have afforded, squandered without recourse.

So here we are and here it is: the reason for our left hand not knowing what the right hand is doing and the bandaids we used to work around the conundrum of the important vs the urgent. And didn’t it all last so much longer than we expected or at times wished for?

Is the time upon us to really address organisational dysfunction?

Is it time to think about what things should be like rather than plugging holes and saying, “it is what it is”?

Is it time to bin the lot and build a new structure, new business, new ways of working for a new economy? And for the avoidance of doubt, that won’t be forever either. The time will come when that needs to change as well. But we can choose to get to that change carrying every bit of baggage and legacy we picked up along the way. Or not.

That is a choice.

The way “if it ain’t broke, don’t fix it” was also a choice.

We made the choice. It worked. It wasn’t broke, we didn’t fix it and we all limped along. It wasn’t good but it was fine and the choice made sense.

And now it doesn’t.

The run was ran.

It worked till it didn’t.

And now it doesn’t.