The future of the smartphone

The first mobile phone was demonstrated by John F. Mitchell and Martin Cooper of Motorola in 1973, but it was not until 1979 that the first cellular network was created in Japan. Digital networks started to rollout in the early 90’s with 2G and then 3G. Fast forward to now and countries are racing to rollout 5G.

According to the Global System for Mobile Communications (GSMA) there are over 8 billion mobile phone connections globally, compared to a global population of around 7.8 billion. However, these 8 billion connections are owned by 5.22 billion individual mobile users. Around 76% of the connections are on smartphones versus 20% on feature phones (the remainder are mobile connections on other devices). This is even more astonishing when you realise that around 1 billion people do not have access to electricity (or basic sanitisation)! 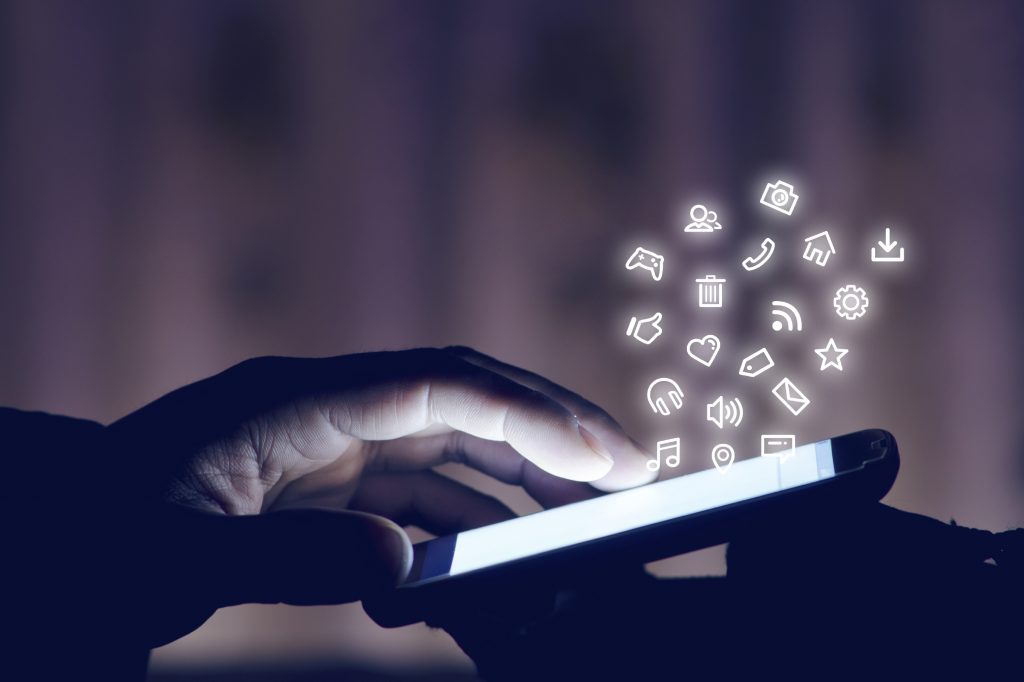 I’m just saying that we have to dream big to bring about disruptive change that benefits everyone.

In summary, mobiles have been around a long time and are widely used globally, but where is the mobile heading? For years there have been concept designs with varying form factors for phones from curved screen bracelet phones, to phones that rollout of a tube-like wallpaper, and phones that look like transparent glass. Other form factors include wearable devices like watches, jewellery, and glasses. In 2016, the World Economic Forum predicted that commercially available phone implants could be available by 2023.

Google launched the concept of an “upgradeable modular form”, the Ara, which tried to address the issue of needing to constantly upgrade phones for latest improvements to phone components for example GPS, screens, battery. The average lifetime of a phone was 18months when they first started the project in 2013. The Ara also tried to address the issue of cost by reducing the number of components to only the things you really needed they would make phones more affordable. Sadly, the project was suspended in 2016. Around the same time, Asus launched the Screen Phone, a phone that could be slotted into the side of a tablet screen or TV allowing the screens to become smart devices that took advantage of the powerful processors in the phone.

So, this still begs the question about the future of the smartphone. My personal view is that the future handset has to address at least three key issues:

The pandemic has highlighted that many children without access to laptops were falling behind at school. Could the phone of the future address this as well as reduce the cost of having access to a smartphone?

Although the average lifetime of a smartphone is now between 18-30 months, there is huge opportunity to recycle more. Many of us already have data, apps and components like GPS, camera and battery duplicated across an increasing range of devices like smartwatches, car stereo and home appliances.

With 5G is this the time right for more of our phone software to live in the cloud rather than the phone? Phones have already been virtualised for app developers to test apps across different handset providers, can this now be a feature of the phone of the future?

Whilst phones get smarter with an increasing range of sensors, more powerful processors and a growing library of apps, there is a need to address the three issues above. I’d love to create a belt buckle style device that contained the core features of a phone and could connect wirelessly to multiple screens. A screen on my wrist, a tablet sized screen and a TV sized screen. It would be the device that became the entertainment console in my car and would connect to appliances in the home. All these separate devices could take advantage of my “belt buckle” but also the data and apps stored in the cloud – one installation of apps accessible from any screen/appliance.

I’m not saying that all of this is possible, I’m just saying that we have to dream big to bring about disruptive change that benefits everyone and the planet. With the huge success of smartphones, it would be too easy to ignore the important issues they could fix.