Ripple, a US-based cryptocurrency exchange and settlement system, has acquired a 40% stake in Tranglo, a Malaysia-based cross-border payments fintech.

The crypto firm, which was levelled with a fresh lawsuit for selling “millions of dollars” in digital asset XRP two months ago, says the transaction comes after “growing customer demand” in the Asia-Pacific region.

It hopes to close the stake acquisition, which is still subject to regulatory approvals, before the end of this year. Neither party commented on the value of the stake. 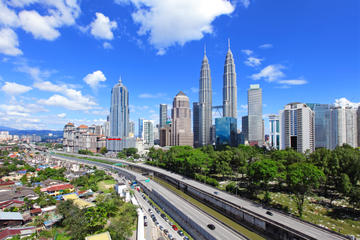 Since its inception in 2008, Kuala Lumpur-based Tranglo has processed more than 20 million transactions adding up to $4 billion in value, according to Ripple.

Ripple wants to use the minority stake to expand the reach of its ‘On-Demand Liquidity’ (ODL) product, which uses XRP to send money in real-time.

By investing in Tranglo, Ripple hopes to firm up existing remittance corridors, such as the Philippines, as well as introduce new corridors to its network.

MoneyGram had used Ripple’s xRapid system – now called ODL – since 2018, and its original deal wasn’t to expire until 2023. The early divorce is a result of regulatory intervention and litigation Ripple is currently facing in the US.

Which is likely why partnerships and investments abroad, like that with Tranglo, are seeming more attractive.

Last week, Brooks Entwistle was appointed as Ripple’s head of Southeast Asian operations. He previously spent more than three years heading up Uber’s international business partnerships based out of Singapore.

Both Entwistle and Ripple’s vice president of product and delivery, Amir Sarhangi, will join Tranglo’s board of directors following the acquisition’s completion.