Hamburg-based fintech, Pockid, is going live in Germany this month. The challenger claims to be the first neo bank in Germany to offer a digital banking product that was developed together with Generation Z and is specifically aimed at young people.

The start-up’s technology and cards will be powered by European processor PPS, formerly known as PrePay Solutions. Its app is available on both iOS and Android.

Users can either sign up to Neo Beginner, or Neo Pro, which start at €2.99 a month. 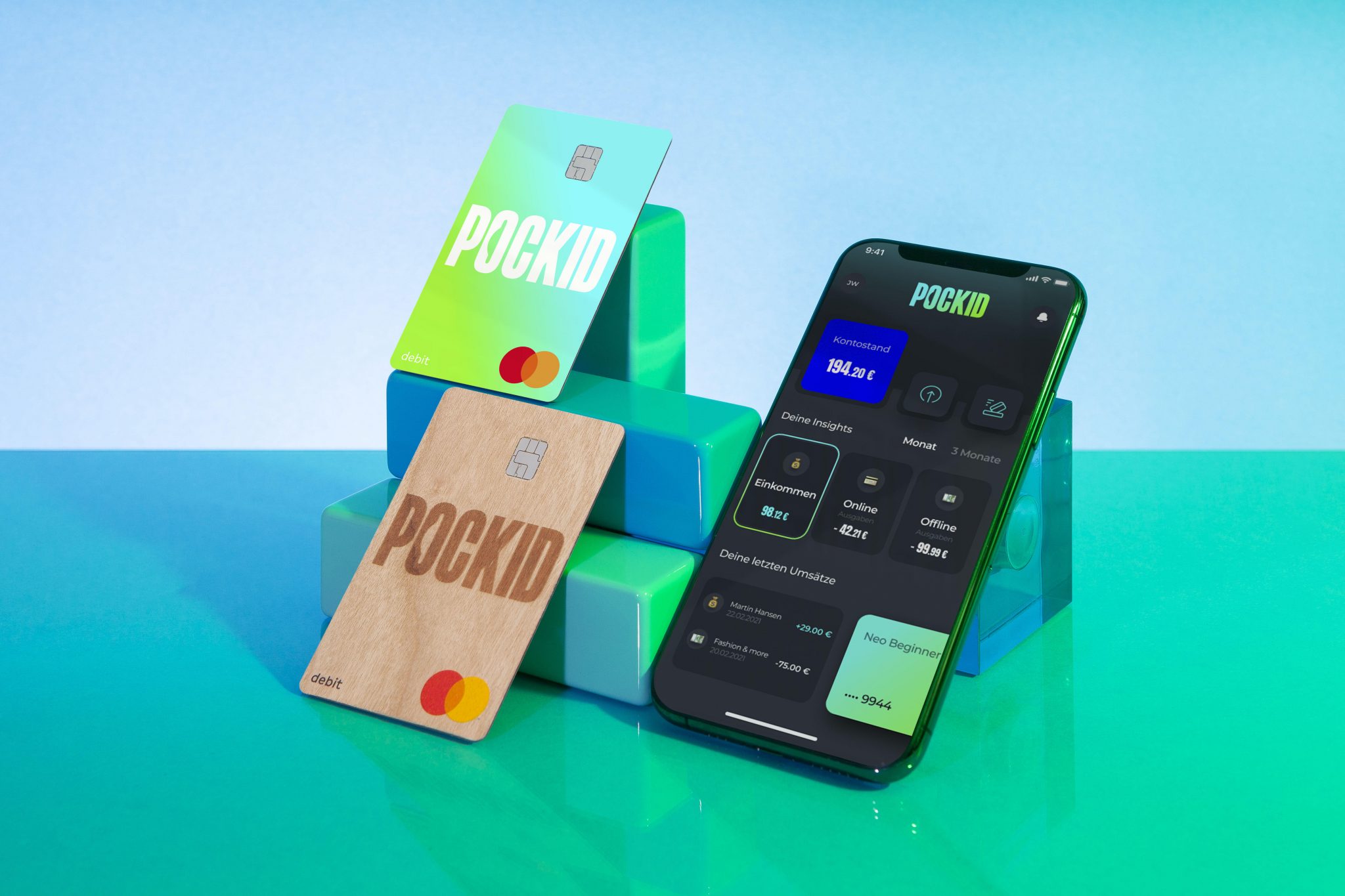 Each account comes with a Mastercard Debit. They will support card transactions – online and in-store – as well as peer-to-peer (P2P) payments, Google and Apple Pay, and a savings wallet.

Users can choose between a plastic card, and a “cherry wood” card made from “sustainably managed forests” by Austrian firm, Card Group.

The challenger calls the cards “selfie-ready”. In other words, they don’t include personal details on the front.

Whilst direct users will have access via the app, adults can access the account via a web application exclusive to them. Via direct debit, parents can transfer their children money into the app.

“With the help of PPS,” pockid says it will roll out services in other European markets “in the coming years”.

“Our research earlier this year with Mastercard highlighted that a third of German 16-18-year-olds are not equipped and heavily dependent on their parents when it comes to access to financial services,” says Jes Hennig, pockid’s co-founder and CEO.

“With so many young people in Germany receiving a monthly income, we need to provide a service to help them manage their money and spend responsibly.”

Hennig, a former Commerzbank employee, spent a brief six-month stint at JP Morgan Chase in 2019, where he worked on Project Dynamo.

Dynamo is code name for the US bank’s digital retail bank it intends to launch in the UK. Latest reports show the bank has employed some 400 workers in Canary Wharf to run it.