Start-up bank Monument has raised over £28 million in its Series A funding round from new and existing investors, brining the total raised capital to over £40 million.

The bank says that “strong demand from investors, which significantly exceeded expectations,” means that it will complete its build and be ready for launch this summer. It received its “authorisation with restriction” banking licence in October 2020 and is now well advanced with last stage of the licencing process – “mobilisation”.

Monument will focus on the UK’s “mass affluent”

Monument says it’s the first challenger in the UK to focus on “the unmet demands” of the country’s four million “mass affluent” clients, such as professionals, property investors and entrepreneurs. It will also be the “only bank that will offer clients the opportunity to seek property investment loans of up to £2 million through digital lending journeys” thanks to its “cloud-based SaaS enabled IT architecture”.

Monument’s CTO is Sudip Dasgupta, who comes with 20 years of experience, including as a senior director at Publicis Sapient.

COO is Steve Britain, with 30 years’ experience in banking and fintech. He led Co-op Retail Bank, founded HSBC Premier in the UK and headed HSBC’s cards, savings, and investments businesses.

Monument’s founder and CEO is Mintoo Bhandari, he has 25+ years in investment, equity, credit origination and execution, including 11 years as senior partner and managing director of Apollo Global Management.

Banking alternative Pockit is raising £15 million in a Series B funding round. Of this, £1 million has already been committed by Maven Capital Partners, an SME finance provider in the UK.

It also has secured £1 million funding through the North East Development Fund, supported by the European Regional Development, and £1.3 million via private investors, Crowdcube and the Future Fund, a government scheme backed by the British Business Bank.

Funding will allow Pockit to invest in its newly opened Newcastle base and create 17 new jobs over the next 12 months.

Pockit offers a current account and debit card to those excluded from mainstream banking. It also helps customers to build their credit score through its Pockit LOQBOX product and to send money internationally through its remittance functionality, powered by Wise (formerly Transferwise).

Pockit was launched in late 2014, led by founder Virraj Jatania. Since then, it had a series of fundraises totalling £27 million to date. 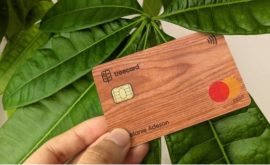 TreeCard: “a financial product with a difference”

TreeCard, which describes itself as “the world’s first wooden Mastercard payment card that plants trees with everyday spending”, has raised a £3.7 million ($5.12 million) seed round led by EQT Ventures, with participation from Seedcamp and Episode 1.

Angel investors including Matt Robinson (the founder of GoCardless) and Charlie Delingpole (founder of ComplyAdvantage) also participated in the round. The funding will be used to hire fintech talent, support product roll-out across the UK, and expand into the US and key European markets.

TreeCard links with current bank accounts is free. Regular purchases contribute to tree planting projects by Ecosia, the green search engine; at least 80% of profits go straight to reforestation projects in 26 countries around the world.

The company says it has organically grown a waiting list of over 140,000 people for the launch of the card, without spending money on marketing. The card is expected to be launched in mid-2021.

“We wanted to create a financial product with a difference, one that was far removed from greenwashing and allowed customers to improve the impact of their spending without drastically changing their habits,” explains Cox.

TreeCard will make money from the interchange charge.