The Cambridge School and Curt’s jacket 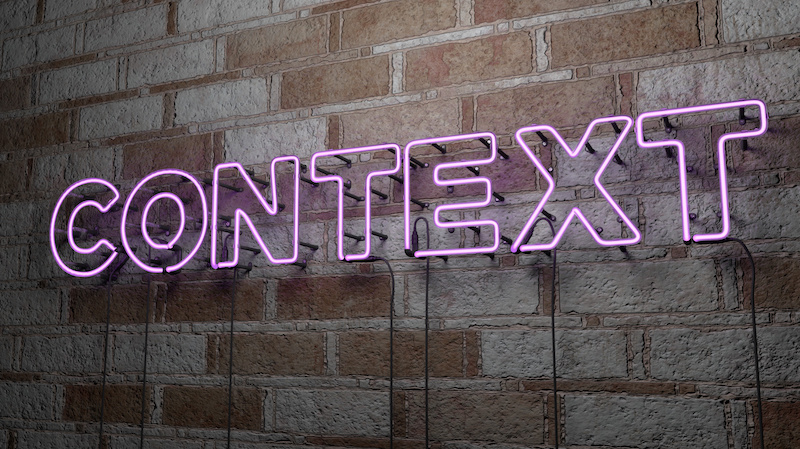 A few days ago, I did a panel. It was remote. I couldn’t hug anyone. It was exactly the sort of panel I wanted to hug and I couldn’t hug them. Frustrating, that.

And the panel got to talking about Brad Leimer and Theo Lau’s new book, Beyond Good. We talked about what doing good looks like in business. Not doing well. Doing good. And how one does not preclude the other.

We talked about the intent required to stand up a business that is committed to doing good. How it won’t happen accidentally or by osmosis. You need to make it happen. And then do it. And keep doing it. Not with any resignation that your good deeds will be rewarded in the afterlife, not in the slightest. Profitability is not the domain of the callous and cruel. It’s just a different business model. And you need to choose it in order to have it. It won’t just happen.

It requires intent. It rests on you doing the thing from the start with consistency and commitment.

The wonderful Curt Queyrouze was on the panel. A man who says and does the right thing with great consistency. I am a fan.

I was a fan before I met him in person. I am even more of a fan since I did meet him. And if I cast my mind back to that very first time we crossed paths in person, at an event in Texas a few years back, the things I remember most vividly are his warmth and quick wit and gentle grace. And also that he wore a drop-dead stylish jacket and on its lining were the words, “context is everything”.

I love it. For so many reasons, I love it. I love that he has the words there, near his heart. Nobody sees them but he knows they are there, it’s a reminder.

It created expectations, it value-loads motive, it colours proportionality of response. Context could change everything about how you understand any given thing.

When I was at university – yes, a million years ago – I learned that no text (manifesto, work of art or action carrying public intent) should be read in isolation. If you pick up the Communist Manifesto and know nothing about the moment in time it was written in, you are unlikely to understand all there is to understand. If you look at a Picasso painting without understanding the dialogue artists were having with each other in the exploration of form and shape, then all you see is blobs of paint and noses in really uncomfortable places.

The Cambridge School, that’s their approach.

I studied with some of its best and, let me tell you, accepting the power of contextualisation is one thing. Working out how deep you need to go to really have enough context to understand is quite another.

Suffices to say that none of my professors thought it was acceptable to say, “well, Machiavelli comes across like a total tyrant in the Prince and very reasonable in Discorsi, so maybe he had a change of heart”.

Nope. Go back. Work out the context in which he was writing. What he was reacting to, bound by and trying to achieve. Then come back and tell me what you really heard.

But imagine the rebellious joy when 20-year-old me realised the Prince, one of the most famous and most reviled treatises in government, is not a philosophical position statement but a job application.

My little mind was blown.

That didn’t mean I didn’t groan when I walked into an exam hall later that year and faced the question: “Why did Plato write the Republic?”.

And although I remember to this day, 21 years on almost to the day, my reaction of “how the hell am I supposed to know that?”, I also remember that I took on the question even though I had the choice not to.

Because the Cambridge School had gotten under my skin. Because I knew that, although I may never read Plato again after leaving Cambridge (true prediction), curating the habit of understanding the context of everything before calling it would be a useful life skill.

So, a decade and a half later, Curt’s jacket went straight to my heart.

Remembering that makes it easier to anticipate, predict and preclude certain outcomes.

Allowing for that makes us more compassionate. More thoughtful. Smarter.

All of that combined makes us better leaders.

And this could be the end of the post. Only it isn’t.

Because, since our session – the one with no hugs – the notion has been playing in my head.

We are leaders. Leaders of teams or organisations. We make choices that change the course of businesses and industries and products and the lives of our teams in ways big and small.

We are thought leaders with access to platforms and audiences. We have a voice, individually and collectively. And we have a choice, much as our businesses do, to use it well and use it for good.

We have the ability to create an impetus for good. We have the unique contextual power of intent and the means to set it in motion.

Only I am not done.

Because context is everything.

It makes hard decisions easier, if you operate in a context where kindness is not weakness. Where thoughtfulness stands apart from hesitation. Where profit and social impact are equally significant measures of success.

Context brutalises or liberates people, in its extremes.

Post-war societies have higher crime rates for a while after the end of hostilities because context matters and people have become accustomed to violence.

What am I saying?

But also that context itself is contextual and temporal, it is manufactured and fungible. It affects us all but it is also affected and built and moulded by us.

Picasso became part of the context in which everyone who ever picked up a paint brush after him operated.

Machiavelli became part of the context of how we understand power. Unintentionally funnily enough. But that is his context and a conversation for another time.

And what about us?

The context we operate in is fraught but fragmented: mature capitalism, profound social divisions, a never-ending onslaught of technological innovation that we rejoice in and fear in equal measure, the curveball of a global pandemic and the shackles of unresolved man-made tensions and fears burdening some of us as we make our most mundane choices.

Walking to the grocery store for milk late at night is a very different choice for a woman. A black man. A white man.

And as some of you are now wondering whether this is a piece about banking, fintech, transformation, racial violence or misogyny and where the hell I am going with this, I will say that it is about all of it and none of it.

It is about Curt’s jacket and the no-hug panel.

It is about what happens once we have realised context is everything and the only way to do good is intentionality.

What happens when people from positions of some relative power, influence and reach realise that their intent and their actions is not just them acting despite their context. It is them creating context for others.

All I am saying is: to do good is a choice.

Doing good through our businesses is intentional and deliberate.

And it matters, both because it is the right thing to do and it has a positive net impact on our communities but also because it builds context for those around us.

And context is everything.