The biometric tool will be first used for account balance enquiries – piloted by eight ATMs. It will be gradually rolled out across the bank’s domestic network of 550 ATMs and expanded to cash withdrawals. 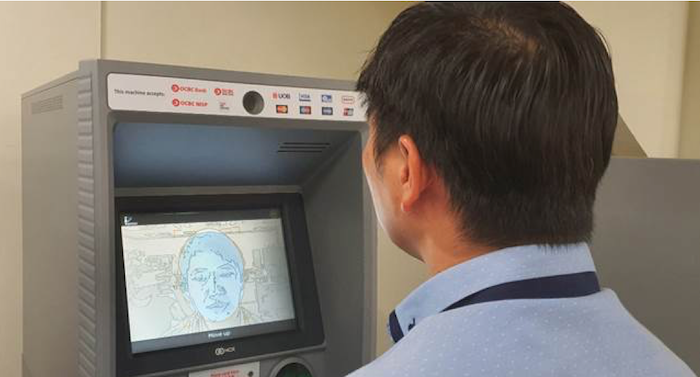 Account balance enquiries and cash withdrawals are the most used ATM services, comprising nearly eight in ten of all ATM transactions performed by OCBC customers.

Next year, other services will be added, such as cash deposits, funds transfers to other banks, cashcard top-ups and credit card bill payments.

The bank says it is the first to tap Singapore’s National Digital Identity infrastructure, SingPass Face Verification, to securely verify customers for banking transactions at ATMs without the need for plastic cards. A customer’s scanned face is matched and verified against Singapore’s national biometric database containing the images and identities of four million Singapore residents.

Face verification is embedded with security features to prevent fraud, including liveness-detection technology that detects and blocks the use of photographs, videos, or masks during the verification process, according to the bank.

It also points out that “this latest innovation comes after the nation’s first and only roll-out of QR code cash withdrawals in July 2019”.

“While cash is still a key mode of payment in Singapore, the digital overlay to get cash is very welcomed by consumers. Overall, digital adoption within OCBC has grown year-on-year in 2020 with more than 40% more customers signed up on PayNow, and PayNow transactions doubling, compared to 2019. QR code cash withdrawals at ATMs grew 88% year-on-year in 2020.”