Forget all the misty-eyed celebratory fanfare of Christmas Eve’s eleventh-hour Brexit trade deal. UK financial services were left out in the cold. Stark naked. The long hoped-for regulatory equivalence pact between the UK’s regulated companies and the EU has yet to materialise, leading many to lament that Boris’ lauded tariff and quota-free goods agreement was, in fact, a ‘no-deal deal’ for the City.

Smooth, mutual market access was for the Square Mile always the Holy Grail of a post-Brexit landscape. Given that UK/EU financial services rules are virtually identical, it was logical to assume Brussels would grant UK asset managers, bankers, brokers, insurers and traders recognition, comparable to its deals with other nations. But the toxic politics which bedevilled the negotiations put paid to those sun-drenched uplands. 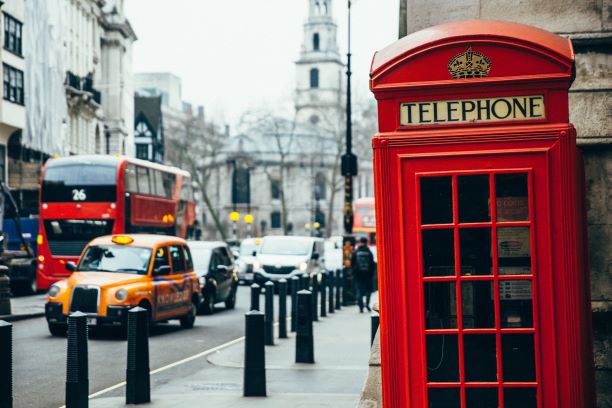 Yet this is not the death knell of the City as we know it.

However, hidden in the small print of the 1,250-page Brexit deal were two little Christmas presents to the City: a measure that could have restricted EU firms from outsourcing valuable work to the UK and ‘cross retaliation’ of UK firms if other parts of the trade deal were breached were both prevented.

Yet even the most sanguine of Brexit cheerleaders have effectively given up on EU-UK equivalence; though a memorandum of understanding on financial services is expected by March and potential equivalence agreements were alluded to during the run-up to last month’s Brexit deal, City financiers now admit the MoU will merely scope out data exchange and regulatory information – not market access.

And Bank of England governor Andrew Bailey has fumed that any price for equivalence is simply not worth paying if it entails abiding by EU rules lock, stock and barrel. “If the price of [equivalence] is too high then we can’t just go for it whatever”, he told MPs in February.

The consequences of the no-deal deal led to a 50% collapse in equities trading collapsing in London on the first day of trading this year, including €6 billion in euro-denominated daily transactions. It also saw a substantial shift in business away from the City to its continental competitors in Paris, Amsterdam and Frankfurt. Adding to the exodus were £1.2 trillion of assets and some 7,500 jobs transferred to the EU before 31 December 2020, according to EY.

Yet this is not the death knell of the City as we know it.

Savvy financiers are finding ingenious ways of circumventing the absence of an services agreement in the Brexit deal. By exploiting ‘reverse solicitation’, a little-known loophole to carry on trading with their European clients and prospects, buccaneering types are operating a business-as-usual attitude while their risk-averse peers cower from potential regulatory wrath.

Reverse solicitation is, according to City sources, only legal if firms make crystal clear they are not themselves marketing or selling directly into Europe. Since the no-deal deal, a UK financial firm being seen to pitch for business in the EU is liable to provoke stiff sanctions from EU regulators, such as the European Securities and Markets Authority (Esma). Companies may not engineer trading or professional services enquiries; these must be seen to originate from clients – or prospects – within the EU.

For the fintech segment of the industry, Chancellor Rishi Sunak last March launched a belt-and-braces review led by former Worldpay chief executive, Ron Kalifa. Working alongside Jonathan Hill, former EU commissioner for financial services, Kalifa is busy canvassing the industry with a view to seeking ways to further bolster the flourishing sector. His report is expected next month.

Fintech is rightly seen as a poster child for the City: worth an estimated £7 billion to the UK economy, it employs roughly 60,000 people and has a welter of stellar unicorns valued at over £1 billion, such as Revolut, Monzo and TransferWise.

Yet fintech, too, is stymied by the fallout over a no-deal deal. It needs clarity on the conditions applicants need to meet to secure tech visas in order to attract and retain essential talent from the EU to the UK.

Despite this, Sanjar Mavlyanov, CEO of City-based fintech Safenetpay, is sanguine about the opportunities the ostensibly dire situation presents. “We are clearly not happy with the UK losing its passporting rights to Europe and having to negotiate separate arrangements with individual European countries. But we prepared for this possible eventuality early last year when we began the process of obtaining a licence to operate in the EU. As a result, we are ready to face the challenge.”

Meanwhile, Adam Farkas, chief executive of trade body the Association for Financial Markets in Europe (Afme), says, “we hope that this [the no-deal deal] lays the foundation for further cooperation on financial services”.

The Kalifa review is set to cover skills and talent, investment, national connectivity, policy and global appeal. It is also, crucially, expected to present changes to the current listing regime to make the London stock market more appealing to swiftly-expanding fintechs and their foreign founders. Founders’ minimum stakes in firms is expected to be scaled back to 10% from the current 25% for a flotation on the London bourses, the LSE and its junior sibling, the AIM.

London also still retains three distinct advantages over its continental and global rivals where it comes to being the world’s pre-eminent financial services hub: language, time zone and the cast-iron rule of contract (and criminal) law. The cluster effect of its concentration of myriad financial services and related industries still make the City one of the most sought-after places for ambitious professionals to build their careers.

The no-deal deal may be unsatisfactory for financiers today, but the resilience, ingenuity and sterling reputation of the City augur well for tomorrow. And that’s a big deal.