I had a conversation with someone a few days ago. She is in the midst of job searching, a hard, hard process that messes with your head and does funny things to time perception. 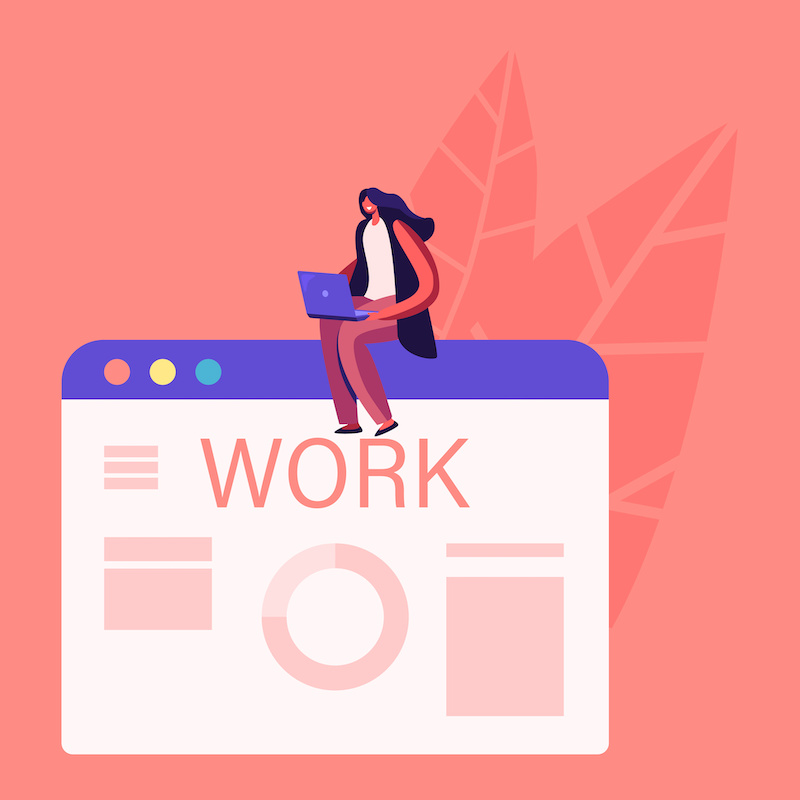 She was finding it does weird things to self esteem as well.

Too much of one thing, not enough of another, always expressed in language that passive aggressively says you were not successful this time but also insinuates that the reason is a fundamental lack or surplus on your part. It’s on you, whatever it is. Do better next time.

I listened to her trying to pull herself up from her bootstraps and carry on, because what else can you do, and I found myself unable to help.

I was once put forward for an internal transfer. Internal.

And I was put forward for it. Technically without being consulted although I had said, oh yeah, that sounds interesting. So the organisation said let’s do this. And then they put me through 21 interviews before I got offered the role.

I took it by the way. And was very happy in it but it did make me wonder if the hiring manager has difficulty making decisions or if they are toying with me.

It was neither of those things. It just is what it is.

I was once approached by a company wanting to collaborate. They called me. They liked what I do and wanted me to do it for them. They didn’t have a role but wanted to create one to enable me to bring the Leda. Their words, not mine.

35 interviews later, we were still talking in abstractions. They couldn’t translate their want into a job description and I didn’t know their organisation enough to do it for them. And I had not seen enough passion to want to do it for them.

I have been approached by people over the years who, weeks into discussions, find they can’t make their original idea work so offer a much smaller role and try to cut you down to size. Aggressively try to persuade you that actually you should take a step back or a pay cut to fit into their organisational politics and imperatives with impassioned speeches on why it won’t work otherwise. And giving me hurt looks when I say: “It doesn’t need to work, you wanted this and what you are saying is for you to get what you want I have to compromise on both what I currently have and what I actually want.”

It has happened more than once.

You know what else has happened more than once? Not getting things I was, on paper, perfect for.

You know what else has happened?

People wanting to hire me because they like what I do or what I represent or want to improve their gender balance or whatever. But they don’t have a need or a role matching my skillset so they offer me what they have, occasionally in ways outlandishly random and wonderful. I have been offered a Lead Data Scientist role, a CFO brief, a direct to consumer role (not even in finance, just you know… retail).

And although the offers have been flattering of course… it is always nice to be wanted… they were so telling of how I was incidental to the process of the organisation’s navel-gazing, wanting talent to bend itself into shapes that fit existing structures, existing openings, existing power dynamics. We want you, sure. We came to you, sure. Now twist yourself into this space, even if it is the wrong size and shape for you. Because really we want you. Just in blue and seven meters tall. Please and thank you.

And they don’t do that with malice. They do that because that’s how recruitment has always worked in their shop and historically, a hiring organisation’s approach is: “we have a job to dispense and you will be lucky to have it”.

And given the stressful space job-seekers occupy, that is often true.

But the dynamic is true even when the candidate is not seeking. Even when the talent conversation is much more fluid.

When conversations are explorations and the people on either side of the phone or table are seeking to find… bridges. Because in reality every talent conversation is exactly that, even if it doesn’t feel that way.

Needless to say, I have had a lot of exploratory conversations that came to nought as far as a job offer goes but the people involved became cherished industry contacts.

The ones who can’t make their original idea work so turn on you and try to browbeat you into accepting whatever works for them. The ones that don’t make time for an internal briefing and get on the phone and ask you what role you applied for or describe something fundamentally different to what you were originally promised or the ones who come on evidently ticking a box for their friend who originally called you and wasting your time.

I even got a “why don’t you keep an eye on our jobs page” call once and the nice lady was properly offended when I said with a laugh… you do know it was your company that approached me, right?

Don’t get me wrong.

Challenging a candidate, testing whether they are what you need and pushing to see if they can fit into what your organisation requires, can sustain and can afford is absolutely the right way to approach these things. But be honest about it. If the shape is wrong, it is no failing on behalf of the individual you are speaking to.

If you called them and can’t articulate what you want or got the fit wrong, how is that not on you?

If you put a job description out that attracts the wrong shape of person, how is that not on you?

The point I am making is that the power dynamic in these conversations is assumed to be one way.

The assumed position is, “I have something you want and information you don’t have and I get to sit here in judgment of you”, which, let’s face it, is how most employment discussions go.

But if you call me then surely the discussion is, “we have a need that may be a good fit, that may be a good opportunity for you, shall we discuss if we can work together”? And actually if someone applies for a role and you call them for an interview that should also apply. You called.

I have had calls from people, courting me to join them. And I mean courting, I have had boyfriends who didn’t try half as hard.

And then they can’t get the sign off for the role they had promised me and rather than having the balls to say, “hey, it didn’t work out on my side, we really like you but the role we can work out is too junior for you, thank you for your time and let’s keep in touch”, they chose to go aggressive. This would be more appropriate. We are very selective, you see. Why would you not consider this thing that is not the thing we talked about and it is a thing you maybe were doing years ago. And act offended that you say, no thanks.

How do you behave when you actually have the power? The asymmetric conversation of someone applying for a job with you?

It reveals the company culture in all its glory.

Of course. But equally what mattered was how they treated me through the process. The consistency in their tone.

The politeness of the senior management. And I don’t mean the “how do you do” part of the conversation. I mean the respect they extend.

In the way they make you feel like a decision maker in this process. Because you are.

It doesn’t matter whether they came to you or if you applied blind.

It doesn’t matter if you are being headhunted for a C level role or applying for a spot in a 100-strong internship programme.

The way the company treats you through that process tells you everything you need to know about their culture. About whether you will be expendable when you land. About whether it has an antagonistic culture. A “you are only as good as your last sale” culture or a growth culture.

So whether they came to you or you went to them, when looking for work remember that the way you are treated is a data point.

As employers we know that we are being chosen as much as we are doing the choosing. As employees we know culture eats strategy for breakfast.

As applicants we forget the lot because it’s stressful. So write yourself a post-it.

And if they forget that or choose to act like it’s not true, what else are they getting wrong?

All I am saying is… whether you make the call or answer it… who you are shines through. And matters a hell of a lot.