MoMo, one of Vietnam’s largest e-wallet providers, has landed more than $100 million in its Series D to position itself as the country’s ‘super app’ ahead of going public by 2025.

Pham Thanh Duc, MoMo’s CEO, didn’t reveal the exact round amount to Reuters because of a “strict agreement with investors”. 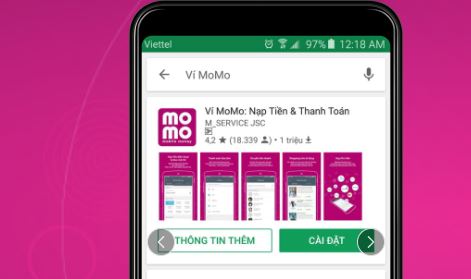 The fintech’s registered users doubled to 23 million in 2020

He does say the deal size is “somewhat bigger than” MoMo’s previous round, which raised $100 million two years ago. However, a Reuters source suggests the deal is simply another $100 million round. This is the total listed on Crunchbase at present.

Tuong Nguyen, executive vice chairman and co-CEO of Mservice – MoMo’s operator – said on a call reported by Bloomberg, that MoMo’s revenue grew 2.5 times in 2020 compared with the previous year.

“Our registered users doubled to 23 million,” he added. The fintech says it handled $14 billion in transactions last year.

Tuong says the company plans to use the new funding to upgrade its app with biometrics technology. He also mentions the possibility of strategic acquisitions.

Currently, MoMo is creating a platform to connect financial institutions and asset management companies with users for investments and small loans of no more than $217.

It will track user behaviour to determine the loan amounts, and link with at least 28 banks it claims to have direct relationships with.

MoMo, which reached 20 million users last year, is one of three major e-wallet players in Vietnam. The others, Moca and ZaloPay, also hold substantial user bases.

Additionally, Moca formed a partnership with Singapore super app Grab back in 2018. And ZaloPay is part of VNG, one of Vietnam’s only unicorns.

Whilst MoMo might be the most capitalised and most used today, its two biggest rivals still offer substantial competition.

Together, all three e-wallet providers account for more than 90% of the total market share of e-wallet users. That’s according to TechWire Asia.

Despite this, State Bank of Vietnam – the country’s central bank – had issued at least 39 licenses to e-wallet providers by the second half of last year.

But as Duncan Woods, head of Oliver Wyman’s Asia Pacific retail and business banking practice, pointed out back in 2019 to Reuters: “When you’ve got so many of them out there, it’s about who’s got the deepest pockets.”

“Already, the region’s crowded mobile payments sector is starting to shrink, with each national market expected to support only two mass e-wallets.”

MoMo says it wants to double its user base to around 50 million over the next two years. This would be more than half of Vietnam’s 96.46 million population.

“Given the high internet penetration rate in Vietnam, a rapidly growing middle-class population and a strong push for a cashless economy,” says Jeffrey Perlman, Warburg Pincus’ managing director and head of Southeast Asia.

“We strongly believe MoMo has the opportunity to win the mobile payments market and replicate the growth story of the top mobile platforms in Asia.”

Read next: Singapore and Thailand to link national payment systems in 2021