GCash, a Philippines-based mobile wallet firm, has raised $175 million to bring its valuation close to $1 billion in total. 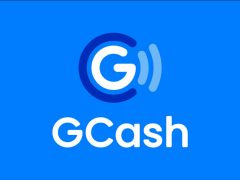 Bow Wave’s investment is a first for the firm in the Philippines. Part of the deal sees it take a minority investment in GCash.

GCash is a subsidiary of Globe Fintech Innovations, also known as Mynt. The firm claims $21 billion in gross transactions in 2020 from 33 million users.

“The pandemic has acted as a catalyst in highlighting the importance of digital finance in society today,” says Mynt CEO Martha Sazon.

“This investment from Bow Wave is a validation of both what we have accomplished as well as the potential of GCash in unlocking digital services in the Philippines.”

The Philippines has high smartphone and internet penetration. DataReportal estimates around 67% of the population having regular access to both.

The number of mobile connections in the Philippines in January 2020 was equivalent to 159% of the total population.

In September 2020, the Philippine central bank announced a new framework for launching digital banks in the country.

“Mynt has made great strides in the fintech space in the Philippines,” says Itai Lemberger, founder and chief information officer (CIO) of Bow Wave.

“Recognising this fact and our shared values, Bow Wave supports the vision of Mynt to provide finance for all Filipinos.”