Brigit, a New York-based personal finance management (PFM) app, has finally revealed the value of its Series A round.

First reported by the Wall Street Journal back in May 2019, the outlet speculated the round valued the fintech at around $150 million.

In an interview with Forbes this month, co-founder, Zuben Mathews, revealed that the value of the round was $35 million, and said it closed “in early 2020”, roughly a year after WSJ’s report. 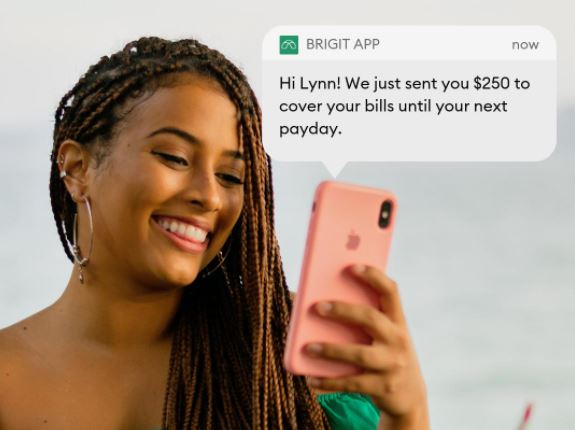 Brigit automatically transfers up to $250 into a user’s account to help them avoid overdraft fees.

FinTech Futures reached out to the start-up for an updated valuation. Crunchbase is yet to update its records and revalue the fintech.

A spokesperson for the fintech said the WSJ report was “uninformed” and “inaccurate”.

“We chose not to announce [the round] last year given we felt the focus should be on the coronavirus pandemic […] many of whom were directly impacted by the pandemic.

Brigit automatically transfers up to $250 into a user’s account to help them avoid overdraft fees. It claims to save them – on average – $514 a year in overdraft fees.

The cash advance provider, offering an alternative to payday loans, charges $9.99 a month for its Plus Plan, which offers instant credit, as well as identity fraud insurance.

In the majority of cases, users need to earn around $1,500 each month to be eligible for the full $250 cash advance.

Co-founder Mathews, once a US immigrant from India, says he used to live paycheck-to-paycheck and spent $1,000 on overdraft fees in his first year of university.

“The amount of times I went downstairs to the vending machine and got Snickers for dinner is something I’ll never forget,” he told Forbes.

Currently, the start-up’s revenue is 100% based on its paid-for subscription model – the free version simply offering the PFM services.

The start-up tells Forbes it serves more than 1.5 million “active” users today. As of late September, a quarter of a million of these were paying subscribers.

This has led the start-up to expect a 2020 revenue of $30 million. Based on 250,000 monthly paying users, the start-up’s monthly recurring revenue (MRR) as of September was roughly $2.5 million.

Jeremy Liew, a partner at Brigit’s lead investor Lightspeed and a Brigit board member, highlights the start-up’s attractive engagement and retention figures.

“We were seeing DAU [daily active user] to MAU [monthly active user] ratios at 20% to 25%, which is comparable to social media apps. […] That did suggest that Brigit was building a new habit with its users,” Liew tells Forbes.

The Lightspeed partner made an early bet on buy now, pay later (BNPL) fintech, Affirm, which went public this month and landed an eye-watering $23 billion valuation, according to Bloomberg.

Brigit isn’t the only fintech offering cash advances in the US market. UK challenger bank Chime allows users to overdraw up to $100 without fees through its SpotMe feature.

And fintech app Dave charges its users $1 a month to cover overdraft fees of up to $75. Both Dave and Chime give users the option to tip the fintechs.

Brigit argues, however, that these aren’t direct competitors. Largely because its co-founder Mathews is sure he doesn’t want the fintech to become a digital bank.

With a laser focus on payday-type services and financial management, Brigit doesn’t intend to expand into banking anytime soon.

Read next: Goldman Sachs mulls acquisitions to bulk up Marcus