KA Watson Consultancy (KAWC), an all-female led fintech operating in the tax reporting space, has finally decided to take its technology into its own hands.

The decision comes after a series of setbacks and missed big contracts, all because the start-up was beholden to third-party vendors. 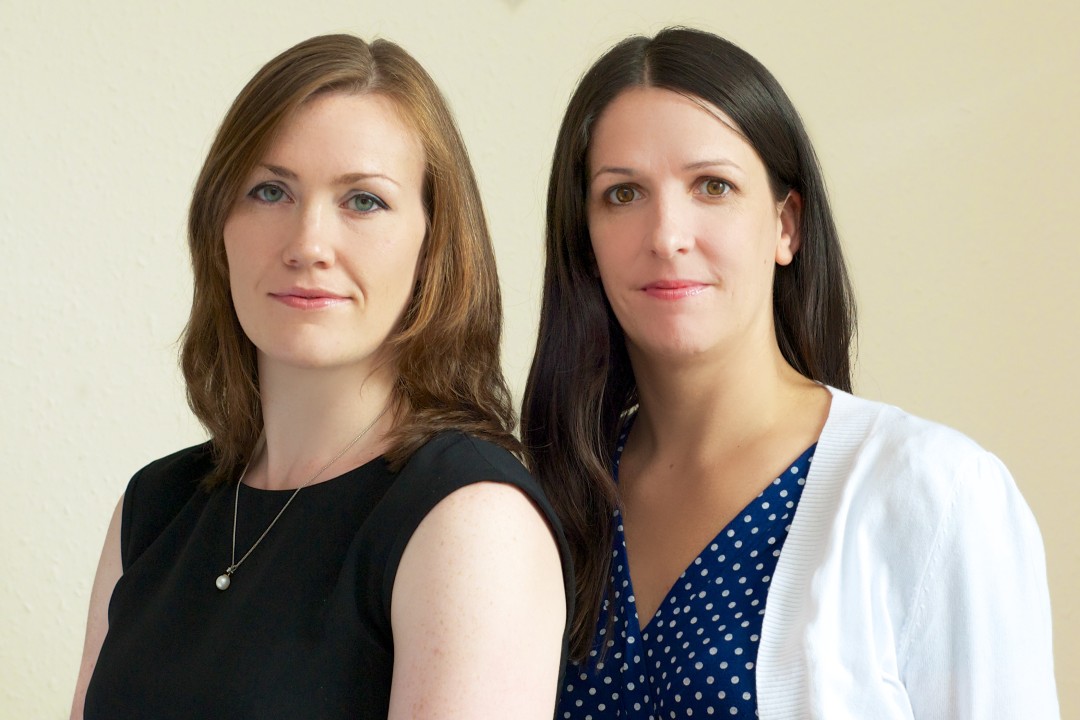 “There’s not enough time spent over the detail in this space,” explains Tilburn. “Especially as lots of back offices keep getting squeezed.”

“We’ve gone against the grain. Everything is there for the full picture, so any automation which is added won’t mean the software needs to be re-coded.”

The two worked together at London’s private banking, wealth and investment firm, Brown Shipley, which hit headlines last year after making more than 20 employees redundant in favour of a new operating model.

Lessons from the last decade

Tilburn and Ostler came up with the idea for KAWC whilst they were both on maternity leave. The two initially pitched their ideas to experts in the industry. But upon pitching, rivals seemingly started offering new, similar services. Ofcourse, it’s easier to pitch in the market when you already have the brand embedded in the industry.

KAWC built up its own reputation and began attracting some big-name clients. Although some clients remain anonymous, Tilburn tells FinTech Futures about one well-known fintech.

Some vendors “made it very difficult to serve these prospective clients”, explains Tilburn. “We eventually realised that no matter who we partner up with, we we’re always going to have the risk of people dictating which clients we bring onboard.”

In January 2020, KAWC’s third-party agreement with its tax host service expired, and the vendor refused to renew the contract. In part, this was probably down to the fintech’s wish to bring on new clients the vendor didn’t have the risk appetite for – or at least claimed not to have. 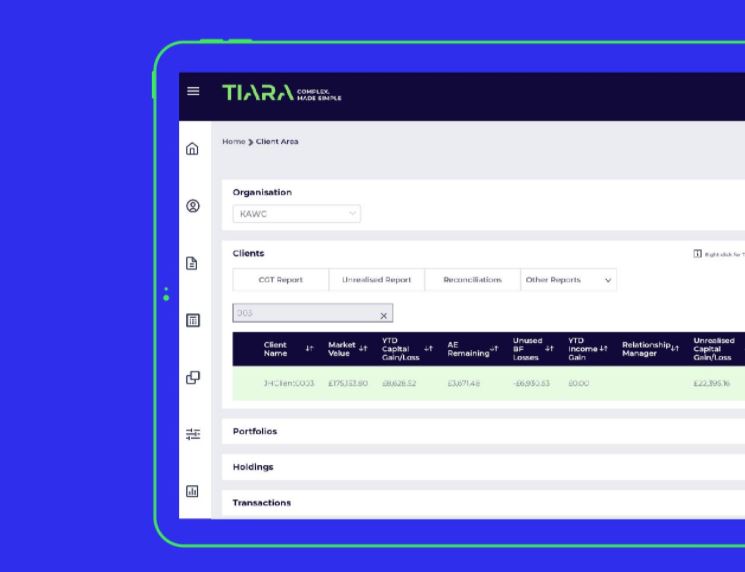 “We approached male investors, but they were so condescending and down-played our vision,” says Tilburn

Hence Tiara’s inception. Tilburn gave FinTech Futures a demo of the platform this week, which offers clients their overall position for the year, displays gains and losses at a glance, as well as their unrealised position.

It allows clients to over-write what they like, exclude percentages and make instant calculations, all with the values stored in real-time tables – which means no delays.

Having previously done all the work manually for clients, KAWC could see where reports needed to tighten up. “A lot of the legacy systems we used still have the same report layout from years ago, when regulation was in place which isn’t now. So, we’ve stripped all that out out making it simpler for the investor to interpret,” says Tilburn.

Sexism in the wealth management industry

Tilburn isn’t shy when it comes to highlighting the sexist stereotypes which she’s had to persistently endure during her time working across the wealth management industry.

“The trouble with being female is sometimes people just don’t listen,” she says. “Even in practice, in a meeting, you could have a valid point. But if you use any emotive-sounding language, people just switch off. People think it’s another woman ‘getting all emotional’. Sometimes a male counterpart could say the same thing and it is considered a great idea.”

KAWC is self-funded, with Ostler one of its shareholders. Whilst the fintech did take out a loan to pay for the initial build of Tiara, it has made a point of keeping autonomy in-house.

“We did look at getting funding early on, but it was the same old story,” says Tilburn. “We approached male investors, but they were so condescending and down-played our vision.”

She adds: “They said we needed ‘to decide what the most profitable MVP [minimum viable product] was’. And talked about releasing individual modules, rather than the whole platform. So, we decided against external pressure, as we didn’t want to conform to what was normally done.”

Tilburn says the industry is “definitely better” now. Especially as more of the “old schoolboys” approach retirement, and young blood paves the way for better discussions.

But it isn’t perfect, and men still get defensive when Tilburn calls them out. Something she puts down to unconscious bias.

On the hunt for clients

KAWC’s 21-person team is now on the hunt for new clients. Tiara targets anyone who does wealth or portfolio management.

“We’re happy to take on platforms, wealth management firms, family offices and even partnering with tech firms to bolster their core custody administration offering as a plug in. But we also serve high net worth individuals who do a lot of their own share trading,” explains Tilburn. “They tend to give us the information, and we provide them with their overall tax position.”

The fintech also has a number of outsourced clients which it provides full administration for, and the start-up has done a number of migrations on a consultancy basis.

Asked whether KAWC would ever consider external funding, Tilburn says the fintech isn’t ruling it out. Especially not now the fintech has set itself up for exciting growth.

But as the CEO warns, no doubt based on her past experiences, “it entirely depends on who and what they’d try and control”.