The UK’s Financial Conduct Authority (FCA) has warned that some 4,000 financial services firms have “low financial resilience” as of October.

As a result, they are at a “heightened risk of failure” as the pandemic pushes the UK into another three-month lockdown.

“We are in an unprecedented – and rapidly evolving – situation,” says the FCA’s Sheldon Mills, who heads up consumers and competition for the UK regulator. 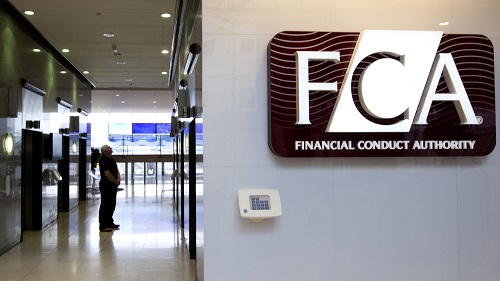 “These are predominantly small and medium sized firms and approximately 30% have the potential to cause harm in failure.”

Some 59% of respondents expect the coronavirus to have a negative impact on their net income.

Of this majority, a staggering 72% expect the business impact to climb as high as 25% – a quarter of their overall businesses.

Some 23,000 small financial firms took part in the survey, which stretched from 4 June to 10 August.

Though it was the retail lending sector which saw the biggest decline in profitable firms over this period, at a slightly steeper 10%.

Payments and e-money firms also experienced an 11% decrease in available liquidity, compared to an 8% increase in liquidity for retail lenders.

Proportionately, retail lending firms benefitted the most from government support. The FCA’s survey suggests 49% of companies in this space furloughed staff, and a notable 36% received a government-backed loan.

Revolut as a case in point

The survey doesn’t cover larger payments firms like Revolut. But it’s clear from the $5.5 billion-valued fintech’s 2020 trajectory that the e-money industry as a whole have had to pivot.

Revolut poured huge amounts into international expansion in 2019. But 2020 saw the fintech focus on its add-on, money-making offerings like its trading accounts.

As well as launch new services, such as Revolut Junior and – most recently – its acquiring service. This eventually saw the fintech’s CEO Nik Storonsky tell CNBC it broke even in November.

But unlike Revolut, which raised $580 million this year from investors, smaller firms might not have capital to burn through to invest in new products.

This makes the pandemic a make-or-break period of business for these smaller firms.

Despite the ominous message within the FCA’s survey, Mills thinks many of these firms “will be able to bolster their resilience as and when economic conditions improve”.

He adds that the UK regulator is not here to pull companies back from the brink of collapse. Instead, it’s to contain the impact of financial business failure on consumers.

“Our role isn’t to prevent firms failing,” he explains. “But where they do, we work to ensure this happens in an orderly way.”

Mills add: “By getting early visibility of potential financial distress in firms we can intervene faster so that risks are managed and consumers are adequately protected.”