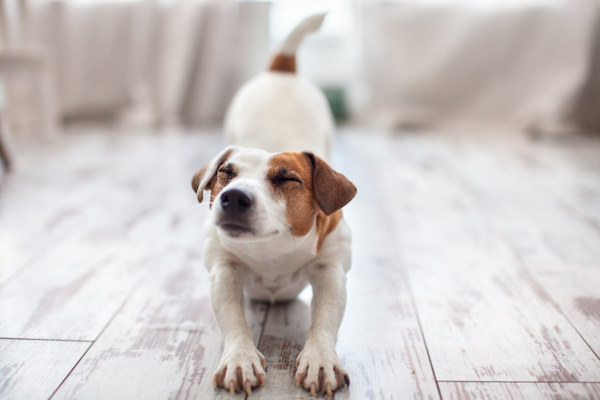 This is the story of Benjy. Benjy is a dog but he is so, so much more.

So a couple of weeks’ ago I got a WhatsApp from Leda that I’d been expecting: “I think it’s time to tell the story of Benjy. You game?”

This isn’t one of those “uh oh” messages, quite the opposite. Although the pressure to deliver in the space reserved for one of the most gifted and natural writers I’ve ever had the pleasure of working with, is being felt.

And so here we are. This is the story of Benjy.

Benjy is a dog but he is so, so much more.

Oh, and also he doesn’t exist. But I’ll get to that…

For the sake of space I will leave out important characters who deserve more airtime such as “O’Braonain”, “Le Richard” and “The Hopgood”. Yes, these are all real people and they are all amazing. Maybe they’ll get into the sequel as we build the Benjy universe.

The office has a lot of white desks and, inexplicably, a metal floor that also doubles as a death trap for unsuspecting wearers of Vans or Converse. Anyone wearing heels could be heard at least ten seconds before they could be seen. This seemingly pointless detail matters because the idea of style over substance became a recurring theme in that office over the months and years.

Through the doors come three people. For the purposes of this story, only one of them matters.

After the usual intros a man speaks:

“Okay, so we’re changing the seating plan but we have a spare desk – it’s a window seat! Oh and you get to sit opposite this guy…”

It started as a joke. It was late.

We were the last two people in the office.

Leda’s phone rang. A conversation ensued that as an eavesdropper made almost no sense. Leda has a pretty good poker face when she wants to but sometimes she cannot hide her sheer bafflement and/or disdain. That’s also when you know a great conversation will ensue.

It turns out she was being invited to the “Carolina’s most famous fintech conference”.

That was circa 2015 so the Carolinas were most definitely not on the fintech map and the thought that there would be the one conference out there, let alone more. Well. It tickled us.

Too much? Maybe. It was late. Days in this office often felt a lot longer than the number of hours that had passed.

Geoff: “You know the audience will be about four blokes, one of whom will be there by mistake.”

Geoff: “And one of them bought his dog called Benjy…”

Glances were exchanged, laughter ensued. And so it had begun.

How many people are there, really, in the Carolinas local fintech ecosystem – in aid of which the conference was taking place? Other than Benjy the fintech dog, who we were absolutely confident would be there.

The legend of Benjy

At first, Benjy wasn’t much of anything, just a passing joke.

But over time something has happened to Benjy. He’s grown up. Become something entirely other. You could say nonsensical and I wouldn’t argue with you. It is. That isn’t really the point.

Benjy is a tribe. I’m sure you’ve seen plenty of talk about community and tribes in this column.

What started as a throwaway comment in a moment of acute silliness snowballed into a nickname. And from there it all got a little… strange.

Over time it then became a sort of third person codename between the two of us. Then it eventually became shorthand for other things:

Say. No. More. They’re Benjy, I require no further details.

Sure there’s a lot to unpack but, generally it means a funny, kind sort that (probably) works in fintech whom you want to spend those long days with, away from home attending another conference. You know the sort, the ones where you get terrible deja vu because every session you’ve heard before.

They usually have a strong line in sarcasm and one-line put-downs. Because let’s face it, you can’t work in fintech or start-ups without needing that comedic release.

They have the battle scars.

They’ve seen some things, they have the stories, the “you’ll never believe this but…” and you can believe it. Because you’ve also lived it. A lot. Possibly too much for one lifetime but you keep on returning to it because you believe in the power of good people wanting to do good things.

Benjy has also led to some amusing conversations, mainly it has to be said involving Leda bounding into an office, a bar, a conference room and excitedly exclaiming “Benjy!”. Cue a bunch of people wondering why this person seemingly knew me well enough to give me a huge hug but somehow didn’t know my actual name.

I could have explained but really it never seemed appropriate. “Well you see one day we were in a really silly mood and…”

I am Benjy. She is Benjy.

It just became a thing. We never said it should be a thing, or we should make it a “thing” because really who does that (generally the same people that say they’re doing something “for good karma”).

It just happened. Over many months and years. Years we worked together, years we barely saw each other outside of a Money 20/20 or Sibos, then when we worked together again. And on to today where we don’t get to see each other in the office every day. We always have Benjy.

“Benjy time” became shorthand for belly laughs outside the RAI conference centre during Money 20/20. The exasperated glances across the meeting room that was our unspoken “FFS not this, again!”. The much needed glass of wine, or martini, with three olives, obviously. The times that have been all too fleeting recently.

So, you see, Benjy doesn’t actually exist. Or maybe he does and he’s living his best life somewhere in the Carolinas. Part of me hopes so because… well, that would be quite the turn-up.

But it doesn’t actually matter because he exists for us. And that is absolutely everything.

Written by Geoff Whitehouse, PR and communications lead at TrueLayer, and instigated by Leda Glyptis
#LedaWritesWithFriends