The fintech, led by PayPal co-founder, Max Levchin, priced its shares at $49 a piece, above its target range of $41 to $44 each. 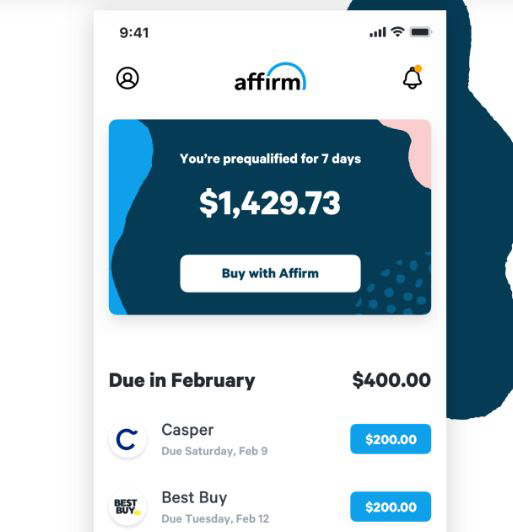 Affirm managed to more than halve losses by June 2020

Affirm closed its IPO with a market value of more than $23 billion. The company has a fully diluted valuation of almost $30 billion, including options and restricted stock units, according to Bloomberg calculations.’

The fintech filed for its IPO back in October, but kept all the financials private.

For Levchin, it marks almost two decades since PayPal went public. He owned a stake in Affirm worth almost $1.4 billion at its IPO price. The CEO now has an estimated net worth of $6.6 billion, according to CNBC.

Affirm is the latest to join the ranks of outperforming US fintech listings in the last year.

Founded in 2012, the fintech offers shoppers the ability to pay for goods in instalments via short-term loans.

The company reported net losses of $113 million on revenues of $510 million in the 12 months to June 2020. It managed to more than halve losses since the previous fiscal year, getting them down to $121 million from $264 million.

The company’s financing option is visible on the checkout pages online for big brands like Walmart and Expedia Group. Shopify will soon be added to this list, with Affirm announced as its buy now, pay later (BNPL) partner earlier this year.

The fintech makes most of its money from merchant fees so customers can pay zero interest. Loans which bear interest scratch late fees.

Fitness firm, Peloton, has made up the bulk of Affirm’s revenues to date. In the 12 months to June 2020, Peloton brought in 28% of the firm’s total revenues.

In the long-term, Levchin has mulled the idea of becoming a licensed bank. He tells the Financial Times: “I’m still evaluating and learning.”

One such company he will learn off is Jack Dorsey-founded Square, which landed an Industrial Loan Company bank charter last year.

Read next: Affirm files IPO application, but financials are confidential