Banca Generali, an Italian private bank, has bought a $14 million stake in Conio, a Milanese fintech which offers consumers a Bitcoin wallet. 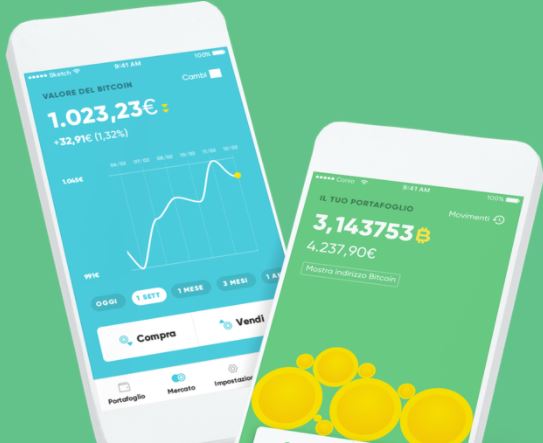 In May 2019, a global survey by financial advisory firm deVere Group projected that two thirds of high net worth individuals (HNWIs) will hold crypto assets by 2022.

Nigel Green, CEO of deVere group, puts this down to a few things. One is their borderless nature. Another is popularity amongst younger demographics.

And in the last two years, the interest and capital they’ve generated from institutional investors suggests they’re set to hold ever-growing value.

Banca Generali’s clients are largely these HNWIs. The bank’s CEO Gian Maria Mossa says it “predict[s] that the future structure of financial markets will be influenced by blockchain technology”.

“Global payment systems players are including this new world in their business models,” he adds. “And in Switzerland we are seeing the creation of the first banks based on blockchain systems.”

This includes the start-up’s digital currency custody system with multiple signatures, that requires three security keys. It has the potential to extend across further digital currencies in the future.

“This agreement with Banca Generali is a significant step towards a new era for the whole financial system,” says Christian Miccoli, Conio’s co-CEO.

“After ten years of development and industrial stabilisation, cryptocurrencies are now entering into a tangible new phase. Debuting on the financial institutions’ range of services.

“With this transaction, Banca Generali is positioning Italy as a leading country in Europe in the race towards the development of these new technologies.”

This year has indeed been a big year for crypto. In May, the Reserve Bank of India (RBI) clarified its stance on banks providing accounts to traders dealing with virtual currencies. It said “no such prohibition exists” for banks to serve these customers.

In July, the US Office of the Comptroller of the Currency (OCC) permitted US national savings banks and federal savings associations can hold cryptocurrencies on behalf of their customers.

This followed JP Morgan’s decision in May to serve two Bitcoin exchanges – Coinbase and Gemini – as banking clients.

Visa welcomed its first crypto-focused enablement partner for debit cards, Ternio, in October. The deal sees Ternio join the ranks of Visa’s major card-issuing and payment platform partners, such as Marqeta and Stripe.

Read next: US national banks granted authority to hold crypto for customers