US national banks granted authority to hold crypto for customers

US national savings banks and federal savings associations can hold cryptocurrencies on behalf of their customers.

In May, major US bank JP Morgan took on two bitcoin exchanges – Coinbase and Gemini – as banking clients. But the bank says it will only process dollar-based transactions. The US Office of the Comptroller of the Currency (OCC) announced the new rule on Wednesday, calling crypto custody services “a modern form of traditional bank activities”.

The rule arrives just a month after the OCC called for public feedback on current US digital banking regulations.

The changes mark the OCC’s “continual effort to modernise its rules” and “support the evolution of the federal banking system”.

Alongside the policy shift – potentially a major milestone for crypto adoption – the OCC published an interpretive letter. In the letter, the US banking regulator defines what the custody of crypto means.

“Because digital currencies exist only on the blockchain or distributed ledger on which they are stored, there is no physical possession of the instrument.

“Instead, the right to a particular unit of digital currency is transferred from party to party by the use of unique cryptographic keys.

“Therefore, a bank ‘holding’ digital currencies on behalf of a customer is actually taking possession of the cryptographic access keys to that unit of cryptocurrency.”

The OCC reiterates this in its own statement. It says: “A bank that provides custody for cryptocurrency in a non-fiduciary capacity would essentially provide safekeeping for the cryptographic key”.

The regulator highlights that crypto custody services should be “consistent with sound risk management practices”. They should also align with “the bank’s overall business plans and strategies”. 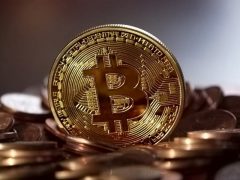 In May, Goldman Sachs says crypto was “not an asset class”

These controls could be safeguarding assets under custody, producing reliable financial reports, or complying with laws and regulations. This is according to the OCC.

A milestone for crypto?

The rule change marks a major turning point for crypto. Just two months ago, Goldman Sachs outlined reasons why it thought cryptocurrency is “not an asset class” and “not a suitable investment” for its clients

Chief operating and financial officer at Bittrex Global, Stephen Stonberg, says the bank’s “dismissive and negative position” on bitcoin was down to the fact it cannot currently make a profit on it.

Stonberg highlighted that allocating away from traditional asset classes which banks can’t charge fees is not popular. Especially in the current economic climate.

So although rules have changed, whether banks find a way to make a profit on them is the next hurdle.

In India, the central bank had to issue clarification on crypto rule changes it made for banks in March due to banking channels were still freezing out cryptocurrency firms, despite the new regulation.

The Reserve Bank of India (RBI) had to say “no such prohibition exists” for banks to serve these customers. Whilst it is still early days, it is possible that the OCC could experience a similar reception to its regulation.