Strive, a challenger banking service focusing 0-18-year-olds, has launched its waitlist. The fintech is a product of Budapest-based fintech ff.next’s acquisition of Australian start-up GoSave, which offers interactive piggy banks for kids. 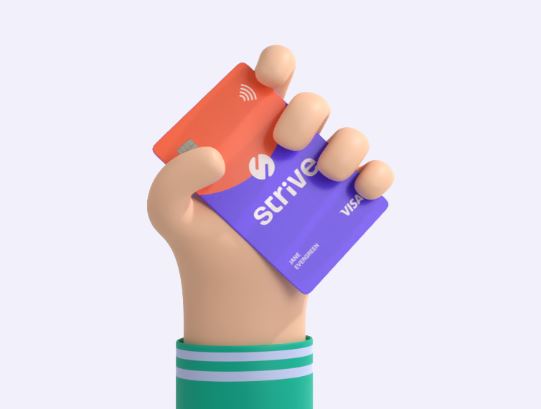 “We see a real gap in the market to build a solution for parents that grows with the child,” says CSO

The details of the all-stock deal, which took place under Strive’s name rather than ff.next, were not disclosed.

Strive’s waitlist launched today. The fintech is hoping to take on the junior and family banking market in the UK, rivalling the likes of goHenry and Spriggy.

“We’ve been working with GoSave for a period of time now with some of our clients, and the idea of a youth focused challenger bank kept coming up,” says Muck.

“We see a real gap in the market to build a solution for parents that grows with the child, so it’s not just a debit card, it’s a whole 0-18 proposition that parents can start at any age.”

A spokesperson for GoSave tells FinTech Futures that ff.next has been “waiting for the right partners” to launch Strive. “None of the competitors out there offers such laser-targeted value propositions.”

Like Muck says, Strive wants to be more than just a debit card. Its savings offering, for example, is designed for adults to open as soon as their children are born.

Other products include an interactive piggy bank – which it acquired in the GoSave deal. As well as a debit card and a marketplace. The latter is home to edtech and toy brands which will reward young users for saving.

The start-up also offers a white-labelled solution which it will licence out to banks wanting to offer similar solutions.

Strive argues that whilst there is competition in the youth banking sector, hardware and its focus on the 0-18 segment differentiate it from the crowd.

At the end of July, UK rival Beanstalk launched its Junior ISAs (JISAs). Parents with just £5 to invest on behalf of their children can sign up.

The launch marked a significant shift in competition for the junior banking market. As many digital challengers are still unable to offer a product as complex as a JISA.

Strive is currently ramping up for a crowdfund on Seedrs. It plans to use what it raises on the platform to reach its first user milestone, which it’s set at 10,000 families.

The fintech has also announced a number of partnerships. One is with London & Partners, and another is with its European card issuer, who prefers not to be named.

And it add a social element to its offering, the start-up is donating a portion of its piggy bank sales to MyBnk, a youth charity.

Strive has also appointed ex-N26 employee Kelley Franklin to its board of advisors.