UPDATE 20/11/20: The FCA withdrew its warning over Lanistar just two days after the regulator issued it. “Today, the firm agreed to add an appropriate disclaimer to its marketing materials,” the regulator said. This means Lanistar products will now carry the disclaimer that they are not regulated.

The uproar follows a high-profile, influencer-led launch on Instagram featuring many high-profile celebrities and sports stars. 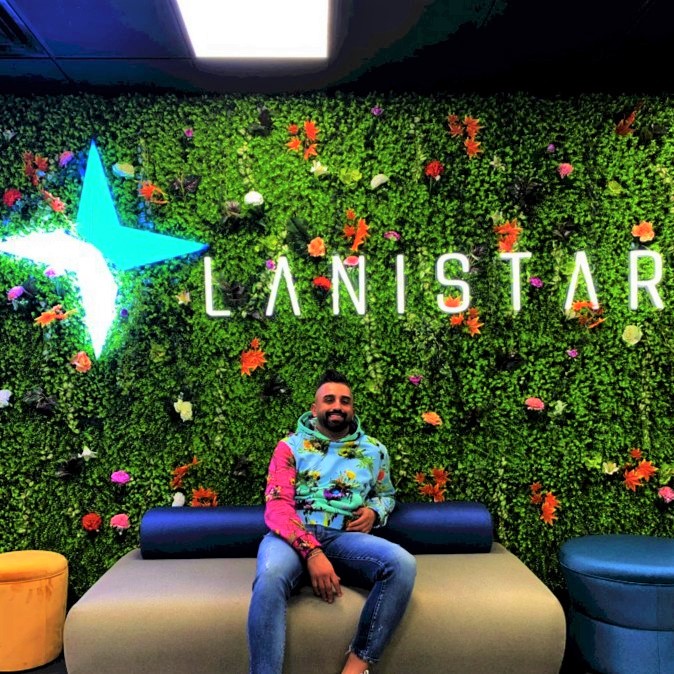 It later emerged that the fintech was not registered with the FCA, causing the regulator to issue a warning to consumers citing “investment scams” as a potential worry.

UK payments-as-a-service fintech Modulr issued a statement late on Wednesday confirming that Lanistar “has not completed” Modulr’s due diligence process.

“It does not have any right to refer to Modulr or suggest that it has the right to provide regulatory services on behalf of Modulr,” says a spokesperson for the tech partner.

It adds that any press around Lanistar’s relationship with Modulr was published without its consent. The firm makes it clear that “until and if Modulr approves Lanistar as a partner”, it cannot use Modulr’s name.

A Mastercard spokesperson tells FinTech Futures it works with Lanistar’s sponsors “to issue cards and financial products rather than holding a direct relationship”.

Jumio issued a statement that it did not “have the details surrounding this claim” and that Lanistar should be contacted directly.

Both Mastercard and GPS confirm that the fintech has not issued any cards to users yet. The fintech says it plans to release cards in January 2021.

But the FCA is unhappy about the cash Lanistar has invested in promotion prior to securing relevant licences and approvals.

Lanistar sent a statement on Monday, drawing the fintech industry’s attention to its huge marketing push.

Former Love Island stars such as Chris Hughes (2.1 million), Tommy Fury (3.1 million), and Amber Rose Gill (2.7 million) also flashed what Lanistar dubs the “most secure card in the world” on their socials.

Whilst, as Mastercard and GPS attest, Lanistar isn’t selling its cards yet, the FCA still argues they are in breach of the UK’s rules.

“Almost all firms and individuals offering, promoting or selling financial services or products in the UK have to be authorised by us,” the FCA said in a statement.

Currently, Lanistar does not appear on the FCA’s register. It has also not received approval from the FCA to operate as an electronic money distributor (EMD) agent on behalf of prospective technology partner Modulr.

Whilst Lanistar’s CEO, Gurhan Kiziloz, has not spoken directly to FinTech Futures since he was first approached five months ago, the fintech did issue a statement on Wednesday.

It acknowledged the FCA warning, and confirms it is “not providing financial services or products without the FCA’s authorisation”.

“We are in the process of the contacting the FCA to clarify the position and will be requesting that the notice is removed.”

Lanistar announced back in June that it had landed a £15 million investment from external backer Milaya Capital.

In return for its £15 million investment, Lanistar said it gave Milaya Capital a 10% stake. It claimed that this created a valuation of £150 million.

But in October the fintech’s new PR agency reached out to FinTech Futures.

It said that Milaya Capital was no longer involved. Instead, Lanistar’s capital consisted of contributions from the CEO’s family.

Despite its external investor dropping out, Lanistar still affirms that its valuation sits at £150 million. FinTech Futures reached out to CEO Kiziloz, but he declined to take an interview or answer questions via email.

Influencers were promised shares in exchange for promotion, and were asked to sign non-disclosure agreements (NDAs). That’s according to influencer TGE, who signed a contract in May according to his podcast. But after doing a deep-dive on the company, the influencer pulled out of the contract.

One of Lanistar’s other social media influencers is Birmingham-born millionaire ‘Lord Aleem’, who has posted pictures of his car with the Lanistar logo. In 2017, he was banned from driving for 12 months after being convicted for speeding offences while driving a Rolls-Royce Wraith.

His father, Saleem Iqbal, was part of a £180 million money laundering scam which saw him sentenced to 16 months in jail in June 2013.

Kiziloz doesn’t appear to own any shares in Lanistar, according to Companies House filings highlighted by CNBC.

At incorporation, Gursel Niyazi, 59, wholly owned the start-up as a fellow director. There is also a third director, Soner Demiralay.

According to Endole, Soner Demiralay is also a director of one-year-old Stamford Bars Ltd and three-month-old Equinox Management Consulting Ltd.

Last month, Lanistar announced it had launched a compliance hub in Athens, Greece and now employed 400 people. This was a marked increase from June figures of 145.

As for the fintech’s offering, its press statements dub it “polymorphic” technology. FinTech Futures asked Kiziloz about his firm’s technology in June. The Lanistar CEO said at the time that it was a secret.

He told Forbes: “Our bank card has a polymorphic ability, allowing you to link up to eight bank cards into one card. It is perfect for those who travel constantly,” said Kiziloz.

From what FinTech Futures understands, the card works a lot like London-based start-up Curve’s business model. Lanistar has refused to comment on this, as well as on its unnatural jump in employee numbers.