Swift has announced a move towards low-value cross-border payments, as it seeks to apply its gpi service to small and medium-sized enterprises (SMEs). 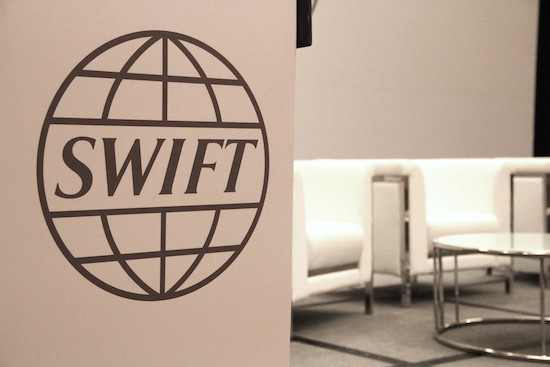 The network says it is working with more than 20 banks on the new project. It says SMEs will benefit from predictable payments, upfront costs and processing times, and real-time status updates.

Swift calls the service “another building block” of its new strategy around “transforming” transactions across the financial services industry.

Partner banks exchanged the first payments on the new service last week. It will be available to all gpi financial institutions in 2021.

According to Swift, more than 1,000 banks have joined the gpi initiative, operating 2,170 payment corridors.

“We expect that our new gpi initiative for low value cross-border payments will similarly have widespread adoption and help us deliver our vision of making payments brilliantly simple for everyone.”

Swift says it is aiming to provide four “key pillars” for low-value cross-border payments. These include ease of use, faster completion, competitive prices, and security.

A single format is used for easier straight through processing, while banks “unilaterally” agree processing fees.

The Swift network will host all the payments, clearing them through “best in class” channels.

The banks on board include Deutsche Bank, Bank of China, Barclays, BNP Paribas, Standard Bank, Wells Fargo, and BNY Mellon.

The end of October will see an expansion of this cohort with BBVA, DNB, HSBC, and Standard Chartered and Sber.

Lucy Hawley, head of CBFX and multi-currency payments at Barclays, calls the scheme “a truly collaborative effort across the industry” that builds on Swift gpi.”

“Customers want to know upfront how much their beneficiary will receive and when they will be credited, while still feeling confident that their payment will be made seamlessly and securely, direct from their bank account.

“This is exactly what we have achieved, a service for low-value cross-border payments that is transparent, predictable, frictionless and simple so that customers can focus on running their business or securing their holiday, not how they pay for it.”

The new service is part of a wider scheme from Swift to “transform” transaction management. The network announced last month its plans to expand beyond financial messaging.

It has been keen to underline that payments infrastructure remains its core focus.

“Swift will continue to be, as per its true north, bank and market infrastructure-centric,” said Yawar Shah, chair of Swift, last month.

According to Shah the entirety of Swift’s board, “representing the entire global banking community”, has endorsed this strategy.