Banks are at risk of going too far in the name of digital transformation and outsourcing their souls, says Jamie Dimon, CEO of JP Morgan Chase. 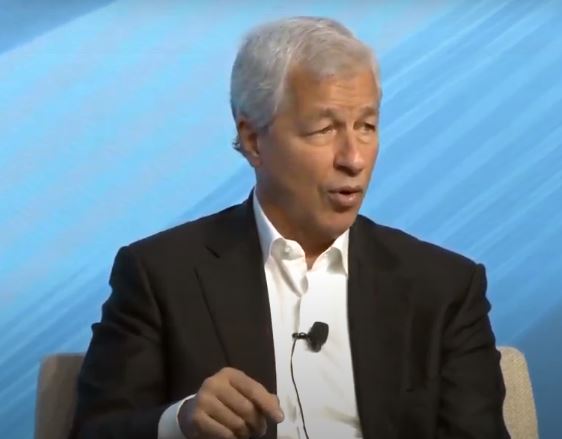 Dimon tells the Sibos audience he has some outsourcing “horror stories”

Speaking at the virtual Sibos 2020 event this week, Dimon waxed lyrical about the potential for new technologies.

Yet he also cautioned that some banks have overstepped the mark and created plenty of “horror stories” in the process.

“I don’t like outsourcing your heart, your soul, and your spinal cord,” says Dimon. “I think a lot of companies that ‘outsource’ have no idea what they’re doing.

“You end up paying too much money and then you’re beholden to costs that are going up. You’re not even doing a better job serving your client.”

About whether banks should focus on building in-house, buying, or partnering with fintechs, Dimon is bullish.

“I will spend whatever it takes to win in this business. If that means another $2 billion a year then so be it. I really mean that.”

Dimon says that money only becomes wasted when the management and the process is wrong. “Often you don’t need more money you just need to run it better.”

The JP Morgan CEO says he has no problems with his bank building out services 100% in-house. At the same time, he is open to partnering.

“It’s also a very good idea to buy companies that are ahead of us. We could have done what they’re doing, but we just didn’t.”

Dimon emphasises the importance of the cloud to financial services. “Total. Real. Critical. You have got to get it done. It’s faster and more effective whether it’s an internal private cloud or private cloud.”

Accenture data shows that 77% of major banks have core cloud practices in place and a roadmap for their execution over the next few years.

“We’ve been on that journey and maybe around 20% of our stuff is on the cloud but we have to get it all there.”

The JP Morgan CEO says there has been “very little effective use” of blockchain technology despite it being around for ten to 12 years.

JP Morgan moved its Quorum blockchain enterprise to Brooklyn following its acquisition by ConsenSys. JP Morgan has also made an undisclosed strategic investment in ConsenSys.

“It’s a very complicated technology that has to be rolled out by use case,” he says. “We’re at the forefront of trying to use blockchain for various things. It will dramatically reduce problems.”