Prospa sets out to serve global diaspora of African entrepreneurs

Prospa, a fintech start-up founded in Nigeria, has long-term plans to serve the diaspora of African entrepreneurs globally.

The company went live in September 2019, and has since been operating on a limited release, onboarding members only. In stealth since its initial launch, Prospa is still growing in Nigeria, where it plans to launch fully “soon”. 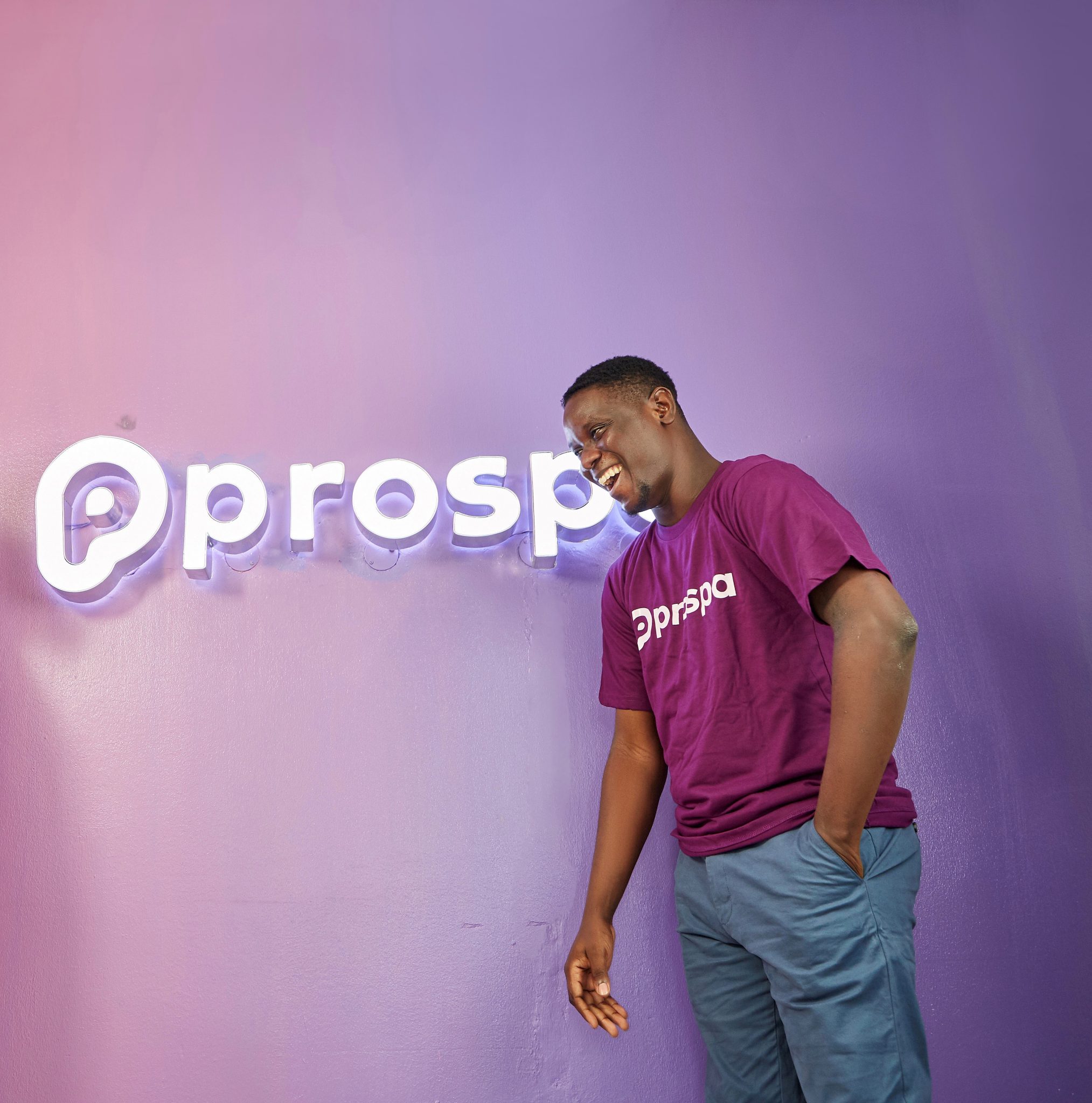 “To put it in European terms, we provide the platform, not the bank,” co-founder and CEO, Frederik Obasi, tells FinTech Futures.

The start-up currently has partnerships with Providus and ReadyCash to loop in third-party banking.

Obasi says Prospa is in the process of getting its own licence, but this isn’t to compete with banks – rather to expand the scope of its partnerships.

“In this new era, and it applies in Europe as well as Africa, entrepreneurs don’t care about brand names, it’s about the experience,” Obasi explains.

Prospa has members in the UK, the US and Canada – all regions it eventually plans to expand into to serve African entrepreneurs.

The start-up has already raised a pre-seed round it has not yet disclosed the value of. One of its backers is New York-based investor Musha Ventures – which also backs Flutterwave, one of Nigeria’s fintech darlings.

Angel investors include David Mortamias, the man behind Mava Ventures, and Danu Temelie.

“We’re very specific on the investors being authentic and mission-driven,” says Obasi.

“There’s so much talk about products and money raised. Everyone is hell-bent on creating a new brand. But we want to focus on spurring prosperity in the wider African community.”

Alongside London-born Obasi, Prospa was also co-founded by Chioma Ugo, its head of growth who previously served as parliamentary advisor for UK Labour MP Harriet Harman. As well as its chief technology officer, Rodney Jackson-Cole, who has spent the last ten years building products for start-ups across Africa.

Prospa set out to build a platform for African entrepreneurs which manages everything finance-related. The start-up began building out its offering in May 2019.

“Getting a business account in five minutes sounds straightforward in Europe, but in Africa it’s still done largely in paper-form,” explains Obasi.

Rather than replicate an offline bank online, Prospa decided to build out an entire operating system. “We’re essentially a ‘business hub-as-a-service’,” says Obasi.

The hub looks beyond simply making a payment, which it has already taken internationally to more than ten countries including the UK, China, the US, and Kenya.

The fintech offers a marketplace to find suppliers, transaction reconciliation, and visualisation on customer transaction histories to analyse best-selling products and the highest spending customers.

The start-up’s sweet-spot customers are entrepreneurs and micro-SMEs which do around a million a year. These businesses can be anything from large machinery importers to make-up artists.

COVID-19 has accelerated Prospa’s growth in this sector. “We had a month where it really hit Nigeria and we were really scared,” says Obasi.

But to Prospa’s surprise, deposits stayed the same during this month, and continued to grow 35-40% afterwards with “next to no marketing”.

Since launching in Nigeria, Prospa has analysed the split of female and male customers. Around 65-70% of its customer base to date is women.

“Women tend to be very entrepreneurial,” says Obasi, who points out that whilst a lot of the highlighted success is male, women are also incredibly hard-working.

Some 40% of Nigerian women are entrepreneurs, according to a BBC Africa report in 2017. This makes sense, considering areas of sub-Saharan Africa have the highest female entrepreneurship rate globally.

Mastercard’s 2017 Index of Women Entrepreneurs (MIWE) report found Uganda has the highest percentage (34.8%) of women business owners in the world.

The East African country also has the highest percentage (90.5%) of female entrepreneurs in the world borrowing and saving money to start a business. 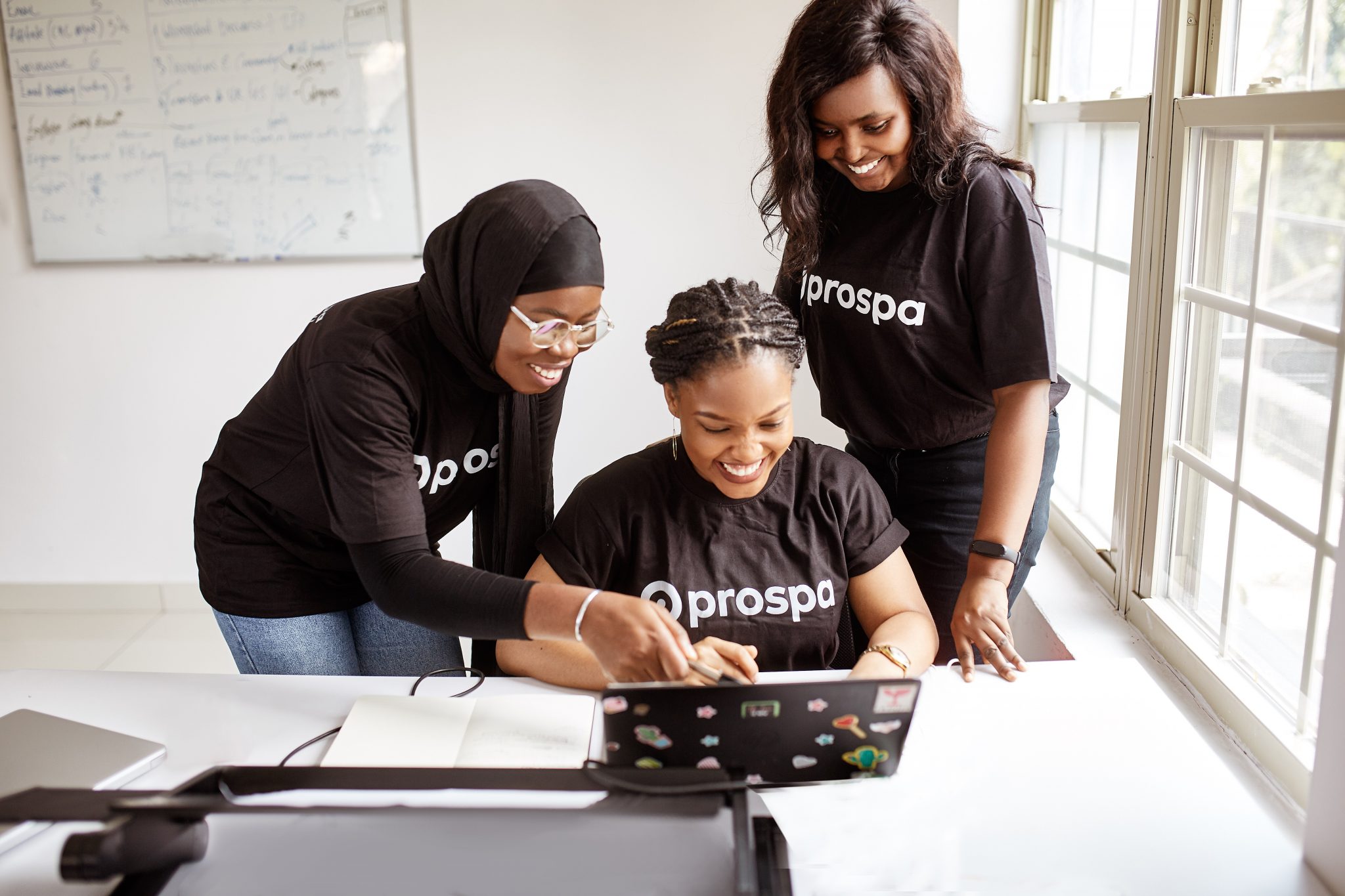 And in Nigeria, 74% of female early-stage entrepreneurs reported that they were opportunity driven entrepreneurs in 2017 – the same percentage recorded for men.

Asked how companies globally should approach diversity in the workplace, Obasi says companies “need to be intentional”.

“You just can’t have a non-diverse team,” he says. “Whenever I work with women, perspectives get taken to another level. For me, it’s about knowing the value of having women on your team.”

At Prospa, the split of female and male employees is 60% female and 40% male.

The ‘race to Africa’ is misguided

And as early as 2013, Visa was partnering with the likes of South African Post Office, Diamond Bank of Nigeria and the Rwandan government for card issuing and electronic payments.

Most recently, US fintech Stripe made its largest purchase yet, acquiring Nigerian payment integration service, Paystack.

Investors from emerging markets have more of a foothold, despite the western buzz surrounding Africa. China, India and the United Arab Emirates (UAE) finance more than one third of foreign direct investment (FDI) projects, according to the World Economic Forum.

And since 2006, Sub-Saharan Africa’s exports to the US have declined by 66%. Whilst exports to the likes of Russia and Turkey have doubled and tripled respectively, according to US think-tank Brookings.

But emerging or otherwise, Obasi thinks countries view Africa the wrong way. “They see it as a quote ‘race to Africa’, but that’s the wrong way to look at. It’s nuanced from Kenya, to Ghana, to Nigeria. Countries come in thinking Africa is for the taking, spend lots of money, don’t do well, and say it’s a hard market to tap. But that’s because they don’t understand the culture.”

Because Prospa partners with incumbent banks, this means its competition isn’t quite like the competition challengers in Europe or the US face.

“For us, the competition lies in the Big Techs, the mega platforms,” explains Obasi.

“They have micro-sellers using them for marketing, some have now added a wallet. Africa is a unique market for everyone, but Facebook does have all the services in place.”

Growth head, Ugo, also points out that Prospa is focused on the business community, whilst a lot of other fintechs in countries like Nigeria and Kenya are still focusing on consumers.

Prospa makes its money through a monthly subscription. Each account comes with different services. The start-up also generates revenue on remittances.

Membership fees are based on turnover, and Prospa doesn’t charge a membership fee to businesses turning over less than $200 a month.

So far, the start-up has partnered with two other fintechs, though it can’t disclose names. Obasi says there are quite a few more in the pipeline to come, with both fintechs and incumbents.