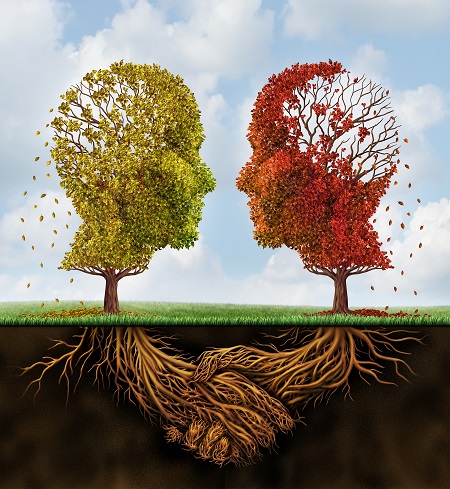 We understand the problem. We just won’t fix it.

“What happens when an unstoppable force meets an immovable object?”

It’s a classic and well-known paradox.

It has also been everyday life for bankers the world over for over ten years, playing itself out between various departments in banks, day after day, year after year.

The bank needs to transform.

First, that very need was questioned as were those who raised it.

Then the need was accepted but the transformation was seen as too risky, too costly, too “the next CEO’s problem” and killed before it even started.

But left to linger, under-nourished and under-prioritised, occasionally wheeled out for the cameras.

Its impact and government decrees have meant that changes previously put off as too difficult, too risky and too costly have had to be made in the space of a few frantic weeks.

As consumers, we saw payment holidays to our mortgages and new interest rates for our loans. As bankers, we knew those changes were the result of human endeavour, not technical agility. Transformation by people working overtime whilst juggling homeschooling and searching for non-existing supermarket delivery slots. People on endless Zoom calls in makeshift work spaces in their spare bedrooms and kitchens, caravans and dressing tables. All because the changes that everyone knew were needed, were killed off as too risky or discretionary when we had the time, headspace and money to make them.

But we chose not to.

So, yes, everyone knows that the banks must adopt change, embrace innovation, go quicker and keep up with customer expectations. The regulators know it. The consumers know it. The banks know it.

We’ve heard it from the heads of innovation of every bank at conferences around the world; when they used to happen, remember those?

Yet despite hiring innovation heads and bending the corporate brand guidelines when decorating the innovation centres; despite managing to get environments set up to run a PoC (and that’s no mean feat) and learning that you can’t pre-approve all tweets in monthly meetings; the processes, governance and risk assessments banks live by have not changed enough to match the rhetoric.

There is no first understanding, then action.

The very act of understanding, is action. Says Jiddu Krishnamurti.

He can’t have met many bankers.

Just last week (one of us, guess who) spoke with a bank that jokingly commented that Microsoft Europe had failed the bank’s risk and finance checks but thankfully the US parent company was ok.

If Microsoft can’t pass these checks, what chances has an up-and-coming fintech?

And while we are here… let’s talk about that term… fintech.

What in God’s name is a fintech?

Banks say that fintechs are too risky but at the same time categorise Stripe (with a series G valuation of $36 billion) in the same way as six geeks working in an incubator on their first proposition.

They look at fintech as a phenomenon and pay for their executives to do courses at the Said Business School in order to learn the lingo but still refer to fintechs (in the plural) as the great unwashed who don’t understand InfoSec and don’t have five years worth of financial statements to throw at procurement.

Spoiler alert. Only one of those is true.

To manage the internal dichotomy of “must change” and “would rather do nothing unless totally necessary” banks have recently gone through yet another cycle of the innovation lab; yes we’ve done all this before.

And despite our best efforts and genuine good intentions, the labs have actually been counterproductive to the poor fintech. The innovation teams with their Macs and t-shirts have no budget, except one to burn on going to conferences and – for the lucky few – on trying (not buying) new things and ideas.

Fintechs used to come in on the hope of a big label deal, spend months sweating to deliver a successful and unpaid PoC just to find there’s no path to adoption, no money on the table to take even a successful outcome forward, no business sponsor championing their technology. Sadly for them, the innovation team was making the same discovery at the same time.

As was the organisation.

Setting up the team and making an announcement didn’t automatically translate to a New Dawn, after all.

It upset everyone, truth be told. But it genuinely hurt the start-ups.

Because the dead-end came after all the hard work and after enduring an onboarding process that demanded policies and paperwork that seemed alien, NDAs and legalese eagerly signed but little understood. All to be told thanks for your time.

The innovation team, bruised and confused, moved on to their next experiment destined to never make it out of the lab.

Some learned from the process and did things differently next time.

Some didn’t survive as the cycles banks consider normal burn through a start-up’s cash reserves in the blink of an eye and that one chance was their only chance so they died trying. Figuratively speaking.

Back in the day if you pointed this out, bankers would say, “what can we do? We are a regulated business, we have to be careful”.

Speak to the regulator though and they tell you that banks are being too risk averse, that there’s no need to adopt a “computer says no” attitude to any SME without three years audited accounts. The FCA is not going to come crashing down on a bank for adopting a solution from a start-up. And we all know that banks getting into bed with young start-ups demand code be put in escrow anyway so even if the start-up goes belly up, the bank is left holding their most valuable asset: their IP. The keys to the kingdom.

The problem is, they don’t know what to do with that.

And here we are. Months into the COVID related disruption that is set to last. Years into the need to change and still banging our heads against the inherent unwillingness to learn new stuff. The unstoppable force of technological advancement and human progress crashing against the special breed of banking inertia and obstinacy.

This is “same old”, with a different backdrop.

We know the problem.

We are just not fixing it.

Because the problem is us. And not so much that this old dog is not learning new tricks as our unwillingness to learn the same trick as each other.

So each dog is learning their own special trick, one that a successful fintech will need to master before it can sell to the bank. But even though bank one’s trick has the same outcome as bank two’s, the trick itself is different, special, done in its own sequence, a sequence only known to an all powerful team in procurement who are unwilling to share. Not getting it right is flagged as a problem with the fintech: not mature enough, operationally risky, using unsupported technology on a cloud they’ve yet to adopt. When the problem is squarely with us inside the banks.

Seriously bank, we are looking at you.

What makes your procurement processes and risk assessments so special?

Why can’t a penetration report that’s been carried out and accepted by bank one not be accepted by bank two? Why isn’t there a standard NDA for every PoC with a bank? Why is a fintech required to learn multiple tricks to get to the same outcome?

It is time for the banks to work together to standardise their onboarding processes and documentation. Create the ISDA equivalent of procurement. Let’s not put the blame on the fintechs for not knowing the secretive and dark arts of every bank’s procurement process but accept that banks are making this whole thing a hell of a lot more difficult than it needs to be.

Procurement and risk are acting as business prevention departments.

This unwillingness to change or admit the problem is with us and is literally killing companies.

Sucking the very enthusiasm and life of the thing we covet and try to imitate in our labs.

But there’ll always be another fintech, another new cool technology to experiment and try. So what if there’s a few casualties along the way, they should have known the risks.

That’s what really separates the banks from the fintechs. A thing to embrace or something to avoid at all costs.

For fear of making a mistake or for fear of being the one held responsible for that mistake?

Better to have played it safe, to have tried and stopped than to be the one championing real change that, God forbid, doesn’t work out.

Of all the tricks we’ve tried to learn in recent years, for all the time spent with start-ups trying to absorb some fairy dust, the one thing we failed to “catch” was the driving force behind every entrepreneur. Not a secret sauce, because it is front, centre and light as day: the absolute conviction that something needs to be done. The time is now and anything but action, is an excuse.

Design thinking and distributed architectures were incidental. Any entrepreneur would tell you, failure is preferable to a feeble excuse for inaction.

That was the lesson. And the trick none of the old dogs have learned yet.