The Federal Deposit Insurance Corporation (FDIC) needs to clamp down on examiners treating banks lightly to secure high paid jobs in the sector. 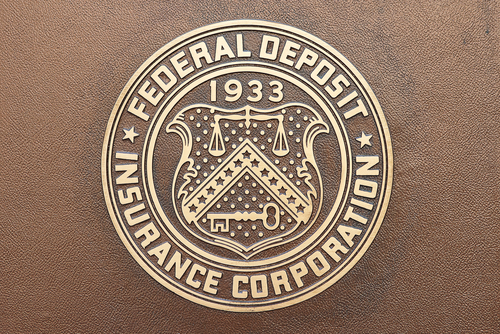 That’s according to the Government Accountability Office (GAO), which released a report last week looking into regulatory capture.

Regulatory capture occurs when federal agents overlook shortcomings or make beneficial decisions for a bank in exchange for a future job.

“We found that the [FDIC] has several policies for documenting bank examination decisions,” writes the GAO.

“However, FDIC staff did not always clearly document their analysis of how banks addressed areas of concern identified during examinations.”

The study says that regulatory capture was a contributing factor to the damaging 2008 financial crisis.

In its report, the GAO outlines how banks can try other tactics to blunt the effects of a federal examination.

Banks can apply pressure to the agent by exploiting relationships formed while they have been embedded at the firm.

Smaller institutions could contract law firms or consultancy companies to do the sweet talking instead.

In some cases, banks can promise to hire former colleagues, or buy services, from a business the examiner may have worked for in the past.

The GAO recommends that regulators use layers of review to prevent decision making becoming concentrated on a single person.

The agency says that rotating staff in key decision-making roles would also mitigate the impact of single examiners. Documentation of agents’ contacts within the industry should also be considered.

Despite its recommendations, the GAO notes that the imposition of too many rules may limit the talent pool of FDIC recruits.

The FDIC regulates around 3,300 financial institutions across the US.

Doreen Eberly, FDIC risk management supervision director, responded to the claims from the GAO in the announcement.

“The FDIC takes the risk of regulatory capture seriously as demonstrated by the significant measures it takes to ensure that agency and individual examiner actions are free of private interests.”

Eberly outlines a series of measures already in place at the agency. These include examiner training, independent quarterly analysis, and regional review programmes.

She adds: “As previously noted, neither GAO nor FDIC identified any evidence of regulatory capture during the four-year review.

“Therefore the costs of additional controls […] must be balanced against the benefits of any limited, marginal gains in risk reduction.”