Xace, a UK-based fintech, is claiming to be the first gaming friendly digital bank to land a licence from the Financial Conduct Authority (FCA). 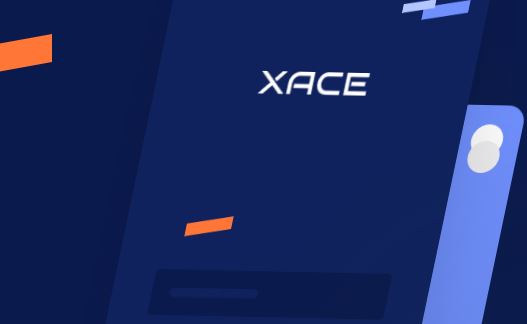 Since launching its apps in July, Xace says more than 1,000 gamers and companies have signed up

The start-up announced on 21 September that its payment institution licence application was accepted.

The fintech offers a banking account linked to casinos, bookmakers and gaming operators.

Active in both the UK and wider Europe, the start-up uses Faster Payments for GBP transactions, and named IBANs via SEPA for Euro transactions.

Xace says it can also provide account solutions for casinos licensed out of Curacao, adding a business-to-business (B2B) element to its offering.

The start-up will launch its virtual debit cards with Visa, though it has not said when this will be.

“From slot machines to sports betting, from exchanges to casinos”, users will be able to game paying in both British sterling and euros with the card.

Rather than monetising later on and starting with a consumer-first approach, Xace is beginning with both consumer and business offerings.

Since launching its apps in July, Xace says more than 1,000 gaming businesses and players have signed up for Xace accounts.

The obvious benefit for both gamers and operators is that Xace will focus on facilitating transactions which often – because of their nature – are easily blocked by high street banks.

The fintech calls this a “major industry headache” for licensed entities.

Founder and CEO David Hodkinson has also headed up Harvex since 2016. The company is an accountant and advisor focused on serving online casinos, esports firms and cryptocurrency companies.

“By tapping into paytech, gamers around the world are able to access gaming experiences without having to use a bank account or credit card.”

Mucha said easier payments eliminate a big entry barrier for gamers. And the gaming industry itself is a huge opportunity for financial firms.

The Chinese games market alone will reach $35 billion in 2021, according to Niko, an Asian games market intelligence analyst.

As well as Xace, there are a number of other financial start-ups and established players exploring the opportunities between the gaming and finance worlds.

TNEX, the digital bank created by Maritime Bank (MSB), is still testing its offering. It promises to mash together gaming with messaging, socials, and a merchant ecosystem with a bounty of payment options.

Most recently, Razer, the Singapore-based gaming firm, announced its fintech arm was applying for yet more digital banking licences.

Read next: How paytech helps the gaming world tap the under-banked populations