FinovateFall 2020: The one-app strategy is unit banks all over again, says Google

Before digital banking, there was branch banking – and before that? A lot of people draw a blank. 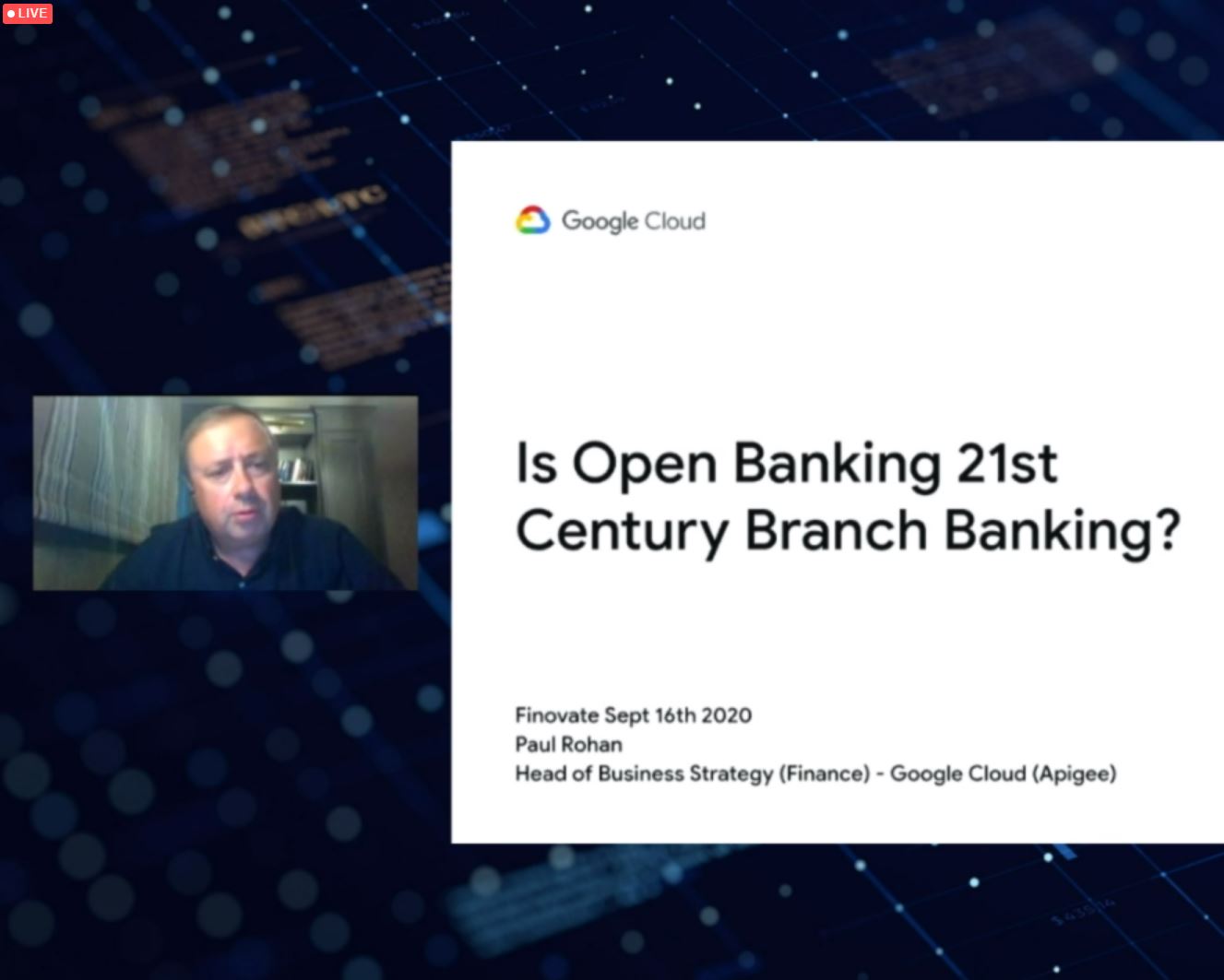 “Customer journeys aren’t entirely under your own management, they’re journeys you can connect you.”

Google Cloud’s business head, Paul Rohan, points out at FinovateFall 2020 that until the 1930s, banks worked as “units”.

That is, banks put all their risk, loans and deposits in one town or region. The rise of branch-based models came in when institutions realised the opportunities of interstate banking.

By creating a network of touchpoints, banks could harbour healthier, more diverse balance sheets, and they could reach more customers.

Rohan believes that the industry can learn a lot from this shift back in the 1930s, which is being replayed today.

As many banks stick to one-app strategies, they lose out on the branch-like benefits of deploying a connected, marketplace approach.

“Network centrality is a key part of distribution,” says Rohan. “And no matter what they tell you in Silicon Valley, networking strategy and network effects are not new to banking.”

He equates the one-app approach with the unit bank approach of the pre-digital era, which promoted closed control of distribution.

“The challenge to that thinking is that your logo isn’t your brand, but what you offer is your brand,” says Rohan. “Young consumers expect connected experiences. They won’t look for your platform to buy something, it’s a multi-brand process.”

Despite the bank branch closures which have swept most regions of the globe, the Google Cloud head encourages the industry to map branch benefits onto a digital playing field.

With a branch-like approach to digital, banks can reach new surfaces via third parties which they can’t do through a closed app.

“Will the battle for microsegments change the dominant design applied to bank accounts?” Rohan asks the audience.

These microsegments – that is, niche consumer or business personas – are impossible to fully “reach” through one digital channel.

Hence the rise of fintechs like Raisin, which offer a financial marketplace for banks to tap consumers for specific offerings far more easily, and at a far lesser cost.

“With the growth of connected brands, banks should rethink their designs,” says Rohan. “And bankers need to change their belief systems, not just their computer systems,” he adds, harking back to the way unit bankers changed their beliefs and invested in a branch banking model.

“It’s not a mix and match mentality – ecosystem partners are driving the bulk of innovation.”

The Google Cloud head points out that trying to own the whole experience isn’t necessarily what the customer wants now – even if it did traditionally make a bank more money.

“Customer journeys aren’t entirely under your own management, they’re journeys you can connect to,” he explains.

“Monetisation starts at the glass. If you stop at your company’s glass, you miss out on all the other pains of glass out there.”

Read next: FinovateFall 2020: COVID-19 a chance to build, not just react