The European Union’s antitrust body has resumed it probe into the $27 billion takeover of Refinitiv by the London Stock Exchange (LSE). 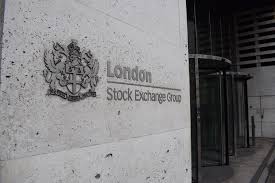 The EC plans to make its decision by 16 December

The European Commission (EC) paused proceedings in July as it waited for both companies to provide it with requested data.

The EC has concerns the acquisition could reduce competition in trading and clearing of financial instruments and in data products.

The merger would bring together major trading venues. Both perform the electronic trading of bonds of the European Economic Area (EEA), UK, and Swiss governments.

The regulator argues this a combination would result in a powerful market share in the electronic trading of European Government Bonds.

LSE would also have a significant market share in the trading of trading and clearing in over-the-counter interest-rate derivatives (OTC IRDs). OTC IRDs are the largest category of derivatives globally.

Talks between LSE and Refinitiv began in 2019, with a potential $27 billion deal making headlines in July of that year.

In August LSE hinted that it could sell its Borsa Italiana business to support the merger.

“Exploratory discussions” are underway which may involve either the Italian exchange’s bond trading platform or its entire company being sold.

LSE bought Borsa Italiana for €1.6 billion in 2007. It is Italy’s only stock exchange and holds a market capitalisation of around $3 trillion.

The EC expects to make a decision on the merger by 16 December.