Citizens Bank has been bombarded with one and two-star reviews for its Android mobile banking application after a technology update caused issues for customers. 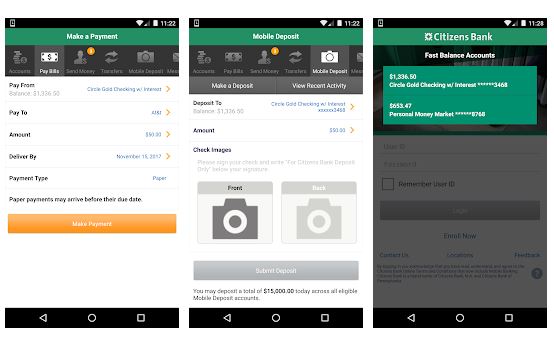 At the time of writing, the Google Play page for the app has received more than 150 one-star reviews in September alone.

Reviews for the app state a range of issues. Many users are unable to send payments between accounts, while other have issues with logging into the app.

One user complains that they had to redownload the application multiple times to achieve a single log in.

Others cite the app opening and closing “randomly”, receiving service unavailable notices, and it logging them out randomly.

The issues appear to affect only the Android version of the Citizens Bank app.

Where did the problems start?

In July 2020 Citizens Bank rolled out a new version of its mobile banking application. Customers liked the old version of the app; it averaged a rating of 4.3 stars.

A workhorse in service since 2003, the old app ran on a legacy platform. Citizens Bank wanted a new app with a better customer experience.

Backbase powers Citizens Bank’s mobile and online banking. Citizens Bank tapped the vendor to provide its digital services back in 2019.

Under the codename “Project Mercury” – revealed by a user in one of the ratings – Citizens worked with Backbase to revamp the app.

Citizens Bank executive vice president and head of digital Lamont Young told an audience at a Backbase conference that the goal was to build “something to make you smile”.

Its project was not a simple one. Citizens had 30 user experience and visual designers working on the bank’s digital services in 2019.

Following the mobile rollout, users began to complain about being unable to access simple services like money management.

New features like biometric identification appear to have errors or problems. Some are unable to view balances, some have their payment history wiped from the app’s records.

“As with any time that a new app is deployed to an existing customer base, some customers are reacting to both changes to the user interface as well as functional changes,” a Citizens Bank spokesperson tells FinTech Futures. 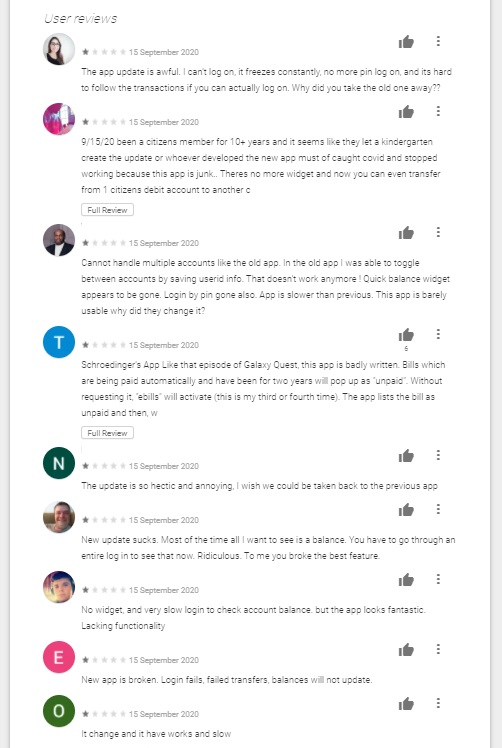 Users are leaving angry reviews for the Citizens Bank app

“We have a controlled roll-out plan that allows us to quickly react to customer feedback and our technology and experience teams work daily to improve the overall experience.”

According to the spokesperson, the bank has a “variety of ways beyond app store rating” to get feedback from customers.

“We are excited to bring this new app to our customer base and look forward to continuing to serve them seamlessly and reliably through their channel of choice.”

Backbase did not respond to a request for comment.

The issues appear to have stemmed from a disconnect between Citizens’ legacy technology and the new digital systems.

Citizens Bank uses FIS’s Systematics core banking system, acquired by FIS in 2003 back when it was still known as Fidelity National Financial. The bank started a modernisation programme involving the platform in 2016.

The bank’s chief financial officer John Woods noted in a July 2019 earnings call that it had earmarked more than $50 million towards its digital reboot.

He added Citizens’ focus in 2020 and 2021 is “expanding digital strategies across the company to reach more customers”.

He said that the bank would “reinvent the payment experience at the point-of-sale (POS)” and launch “new digital offerings for commercial customers”.

Citizens Bank has around five million customers. It’s the 13th largest lender in the US with more than $179.9 billion in total assets.