StashAway, a Singapore-based robo-advisor, has landed $16 million in a Series C. The round was led by Square Peg – one of the largest venture capital funds in Australia, Fintech News Singapore reports. 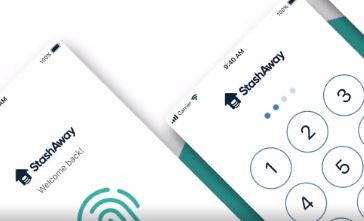 The fintech last raised funding in July 2019. It has since launched a diversified income portfolio product in Singapore, as well as its cash management service ‘Simple’ in both Singapore and Malaysia.

The fresh investment has boosted the fintech’s balance sheet. It will also fuel the development of new products – particularly in its wealth management offering.

Whilst it does still want to focus on clients in Singapore and Malaysia, the fintech also mentions “new market entry” ambitions. It does not specify which regions.

Square Peg’s partner, Tushar Roy, will join StashAway’s board of directors as part of the raise.

Last week, the fintech ran into technical difficulties when some of its customers’ bank accounts saw multiple, mistaken deductions.

On StashAway’s Facebook page, one user says they experienced up to 52 unauthorised direct debit transactions. Another user alleges the funds in their bank account were “cleared”.

According to a report by Vulcan Post, users affected experienced on average 26 to 27 direct debit transactions each.

StashAway discovered the issue on 27 July, contacting affected clients on the same day. It has since refunded those users out of pocket.

“As of now, what we can share is that the error seems to be related to an anomaly that appeared while transacting with Curlec, our direct debit service provider,” the company said.

Read next: AMTD Group teams with SME partners ahead of Singa Bank’s launch