PayActiv, a US-based payroll integration firm, has secured $100 million through its Series C funding round. 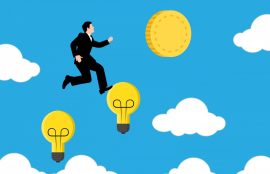 The round comes less than a year after it became a Public Benefit Corporation.

According to Crowdfund Insider, the round was led by Eldridge. It includes existing PayActiv shareholders Generation Partners and the Ziegler LinkAge Fund II.

PayActiv describes itself as “a holistic financial wellness platform for employees to get on-demand access to earned but unpaid wages”.

The company claims that businesses that use its services see significant cost reductions through increased engagement and retention.

“PayActiv is the best way for employees to get financial relief between paychecks, a service needed by two-thirds of the workforce. We give businesses the tools essential to ease the financial stress of their employees and build a higher performing workforce.”

The firm claims that it currently serves more than four million employees at over 1,000 businesses across various industries, and over 400 senior living and healthcare businesses. Its clients include Walmart, Wayfair, Ibex Global, and many others.

The funding round comes less than a year after PayActiv became a Public Benefit Corporation.

The company revealed at the time that as a Public Benefit Corporation, its key mission is to help lower-income and hourly wage employees access their earned but unpaid wages and other financial services, resulting in reduced financial distress and increased financial wellness.