London will remain a big part of Europe’s financial market plumbing, specifically clearing, well beyond Brexit, according to Reuters.

The news comes as the coronavirus pandemic has thwarted Frankfurt’s ambitions to grab billions of euros worth of derivatives clearing business from Britain.

Clearing ensures financial market trades are completed even if one side of the transaction goes bust.

It is a high-volume, low-margin business but a critical part of market infrastructure. London’s leading role in the clearing business has helped to cement its status as Europe’s top financial centre.

European centres, such as Frankfurt, keen to claw back a chunk of this business, saw Brexit as a chance to reduce London’s grip on clearing euro-denominated trades. 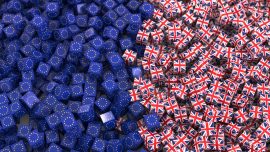 This is due to delays in regulation changes, the COVID-19 pandemic and a broader reticence by banks to shift from London.

“There is a slower growth path than we initially had expected for the second half of this year primarily due to COVID-19 and its implications, but everything is going in the right direction to achieve our goals,” Eurex Clearing board member, Matthias Graulich, tells Reuters.

Eurex says it accounts for €19 trillion of the total market of €100 trillion in notional outstanding value in euro interest rate derivatives and forward contracts, with LCH taking the rest.

“It is extremely difficult to say where we are on the journey to achieve our goals by 31 December, a year-end is not a magic date if you are building a business, it is more relevant that the trajectory is up and we make month-by-month progress,” says Graulich.

He says a new rule that requires market participants like asset managers to provide margin – a form of deposit – against swap trades for the first time will lead to greater use of Eurex by new customers.

Graulich also says several banks had put off plans to close swaps positions in London and reopen them in Frankfurt when the pandemic was disrupting markets and many traders were working from home.

The LSE says there had been no discernible shift in clearing from London.

Lawyers say banks will not move positions from London to Frankfurt voluntarily. This is due to costs and complexity at a time when they are firefighting the pandemic.

Given the lack of movement, the EU is set to decide in the next few weeks on the length of time it will allow LCH’s clearing of euro swaps for EU customers to continue after Britain’s full access to the EU ends in December.

“It’s very hard to see why the EU is playing around with a time limit because Catch-22 remains in full force with banks not moving positions unless ordered to,” says Simon Gleeson, a financial services lawyer at Clifford Chance.

There is a political cost for Britain to maintain EU access for its financial services industry. The Bank of England (BoE) will have to allow European Securities and Markets Authority (ESMA) to jointly supervise the LCH.

The BoE says “multiple hands on the wheel” in a crisis could create confusion. It notes that the market requires clarity by the end of September to avoid disruption.

ESMA says it was working to ensure timely access decisions.

Some loss of London’s clearing business to the EU is seen as inevitable once the pandemic has passed.

Graulich says the EU wants power over business like euro clearing. He adds that the amounts of business cleared inside and outside the EU will affect decisions on access for Britain.

“The EU needs to develop its own financial market eco-system with Brexit now ultimately happening. Taking a five to ten-year perspective, it is success critical for the EU.”