AmplifyX, a Los Angeles-based start-up, is gearing up to enable investors to back the music industry. Set “to launch soon”, the platform will allow investors to build portfolios which directly fund specific musicians.

They will receive royalties from streaming revenue and can monitor an artist’s data in real-time to make decisions on whether to keep investing in them. 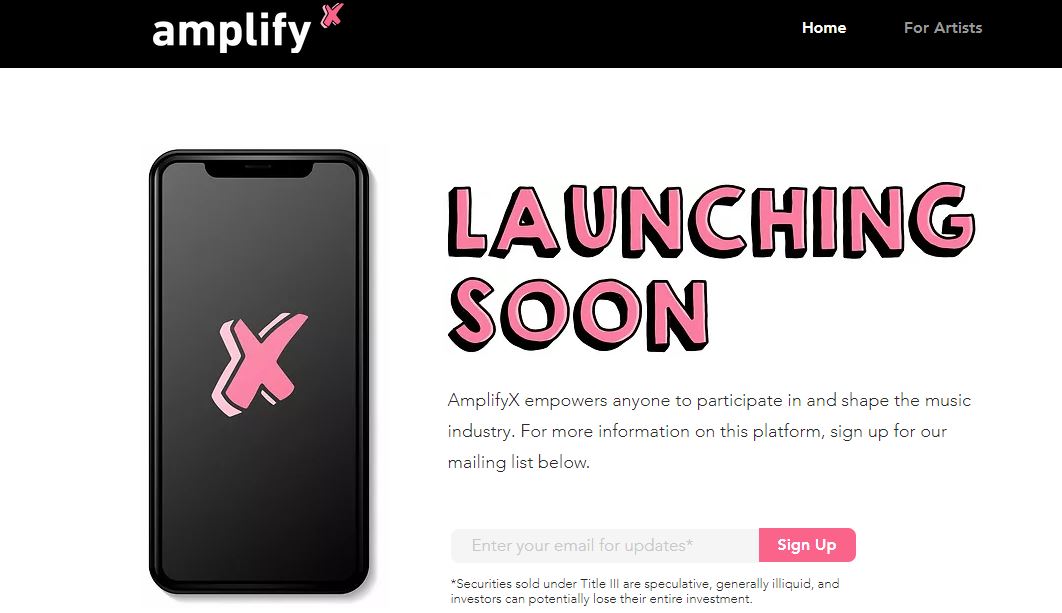 From 2015 to 2019, the entire music industry grew sales at a 9% rate. This growth totaled an industry-wide revenue of $20.2 billion in 2019, according to Motley Fool, which recently reported on Warner Music Group’s initial public offering (IPO).

Raising $2 billion at $25 per share, the successful IPO prompted speculation that the music industry can be profitable again. Warner features recording artists such as Ed Sheeran and Cardi B.

A new approach to royalties

AmplifyX claims to be the only FINRA and SEC-compliant platform allowing investors to directly fund musicians through portfolios.

It says it wants to allow fans to support their favourite artists. It likens the process to investors which look to support early-stage start-ups.

“Musician financing has not been rethought or revolutionized in the last eighty years,” says Cowherd.

The start-up wants upcoming and established artists to retain larger control on their intellectual property. It claims artists can pick up to 90% of royalties. As opposed to the industry standard, which it says sits at around 20%.

“A more fan- and merit-based field of artists”

The start-up points out that whilst distribution has changed countless times – from records, to tapes, to CDS, and streaming – music itself will always exist.

“The democratic nature of investing through AmplifyX promises a more fan- and merit-based field of artists,” the fintech says in a statement.

“It should especially appeal to younger investors who know which artists’ voices they feel are worth lifting up.”

The former Apple boss describes the new venture as “very focused on transparency to all constituents, the artists and investors alike.”

The start-up is yet to put a date on its launch.

Read next: Making the most of business data and this summer’s mix-tape