Wirecard has filed for insolvency, owing creditors almost $4 billion after disclosing a gaping hole in its books in Germany’s worst accounting scandal.

It comes after the German paytech firm disclosed a €1.9 billion hole in its accounts last week.

News of its insolvency filing has causing its shares to dive almost 80% on 25 June. They have lost 98% since auditor EY questioned its accounts last Thursday, as reported on Reuters.

The insolvency filing is the first by a member of Germany’s Dax index since it was founded 32 years ago, according to the Financial Times. 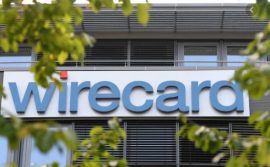 The paytech owes creditors almost $4 billion after disclosing a gaping hole in its books.

Wirecard states that its survival as a going concern was “not assured”, citing its €1.3 billion of loans due at the end of the month.

Its implosion came a week after EY, its auditor for over a decade, refused to sign off the 2019 accounts, forcing out chief executive, Markus Braun, and leading Wirecard to admit that $2.1 billion of its cash probably didn’t exist.

EY did not provide Reuters with an immediate comment.

“The Wirecard case damages corporate Germany. It should be a wake-up call for reforms,” says Volker Potthoff, chairman of corporate governance think-tank, ArMID.

“Creditors have scant hope of getting back the €3.5 billion they are owed,” say sources familiar with the matter. According to Reuters, of that total, Wirecard has borrowed €1.75 billion from 15 banks and issued €500 million in bonds.

Wirecard has drawn about 90% of its credit line with banks, including Commerzbank, LBBW, ING and ABN Amro. According to the FT, the four have the largest exposure with €200 million.

A second source close to talks with creditors, tells Reuters that although the company had a healthy core, about two-thirds of sales had been faked in its accounts. This means that there is no way Wirecard could repay all its debt, notwithstanding all the legal challenges it will face.

“The money’s gone,” says one banker. “We may recoup a few euros in a couple of years but will write off the loan now.”

The collapse of Wirecard dwarfs other German corporate failures. It has shaken the country’s financial establishment, with Felix Hufeld, the head of regulator BaFin, saying this week the scandal was a “total disaster”.

EY faces a wave of litigation in a scandal that has been compared to Arthur Andersen’s disastrous oversight of US energy company Enron.

German law firm Schirp & Partner says that “with Wirecard now effectively sidelined, it would file class actions against EY on behalf of both shareholders and bondholders”.

“It is frightening how long Wirecard AG was able to operate without being objected to by the auditors,” says a partner at Wolfgang Schirp.

The firm is also evaluating whether to file for insolvency proceedings for its subsidiaries. The insolvency puts the future of Wirecard Bank, a fully-owned subsidiary of the group, in doubt.

The lender, which has €1.9 billion in total assets and is a member of the deposit protection scheme of the Association of German Banks, is being ringfenced by Germany’s financial watchdog, BaFin. It has appointed a special supervisor in an attempt to do so.

There have also been fears about possible disruption to Wirecard’s fintech clients.

There have also been fears about possible disruption to Wirecard’s fintech clients, according to Sifted. These include Revolut, Pockit, Soldo and Curve, who rely on Wirecard for card issuance, account top-ups and other e-money services.

This is because most fintechs clients operate under Wirecard Card Solutions (WCS), a regulated UK-based entity. Its headquarters are in Newcastle, rather than the Munich-based Wirecard AG.

Although WCS sits inside the Wirecard group, WCS is an entirely independent subsidiary that has its own board, regulatory and accounting standards. WCS is also financially self-sufficient; it recorded a £2.5 million pre-tax profit in 2018, according to Companies House Filings.

That means that in the worst-case scenario that Wirecard AG goes bust, WCS can continue operating as an issuer, says payments expert David Parker.

“No one is quite grasping it. Yes, they [WCS and Wirecard AG] share the same name. But they’re not the same thing. They are separately regulated entities, so the WCS money is totally ringfenced. It’s like an island surrounded by water,” he tells Sifted.

Administrators could choose to sell WCS off to a new parent company, but the UK company could remain intact. Sifted highlights that the WCS relies on its regulatory approval from the Financial Conduct Authority (FCA) as well as from Mastercard and Visa, who vetted WCS as an independent license-holder.

The Munich prosecutor’s office, which is already investigating Markus Braun on suspicion of misrepresenting Wirecard’s accounts and of market manipulation, says: “We will now look at all possible criminal offences.”

Braun was arrested on 22 June and released on bail of €5 million a day later.

Former chief operating officer, Jan Marsalek, is also under suspicion. According to justice officials speaking to Reuters, Marsalek is thought to be in the Philippines.