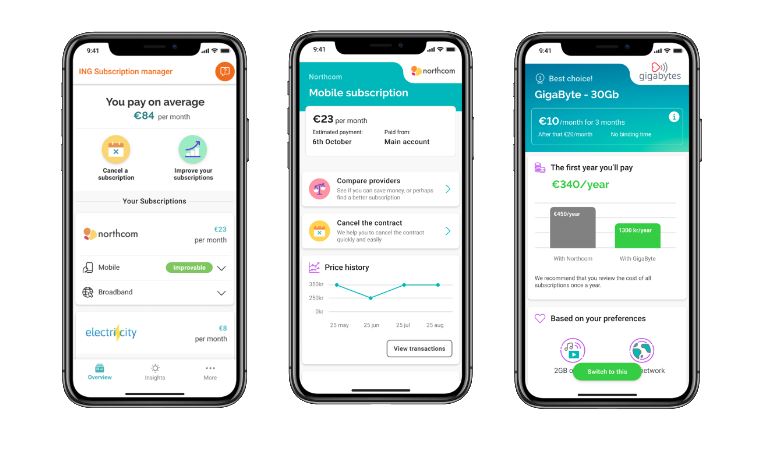 The Swedish start-up, founded in 2016, claims to have saved users more than €40 million

Van Den Eynden oversaw a huge restructure at the bank since his 2017 appointment. He prioritised digital and helped the business model reach a ‘lean’ weight.

ING’s new fintech partner Minna gives banks’ customers an overview of all their subscriptions. It also allows customers to cancel subscriptions or switch to other providers without leaving the banking app.

The Swedish start-up, founded in 2016, claims to have saved more than €40 million on behalf of its users.

The start-up’s relationship with ING began on the bank’s 2019 lab programme in Brussels – formerly known as FinTech Village.

The two companies successfully completed a proof of concept in the Benelux region.

The bank’s lab programme is designed for mature fintechs to develop their products. It mainly serves customers in Belgium and the Netherlands.

“We have been very impressed by their [ING’s] innovation speed,” Minna’s CEO, Joakim Sjöblom, says in a statement.

“Given ING’s multinational  presence, we have a great opportunity to help millions of customers in these uncertain times.”

Tatra banka, a member of RBI, said it watched Minna “for a while” before the pilot.

RBI has 16.7 million customers which span 13 markets across Central and Eastern Europe (CEE).

The partnership followed its participation in OP’s ‘Open Banking Startup Partnership Programme’ in 2018.