The group of savings banks will now be able to give customers the functionality within its open banking apps to cancel unwanted subscriptions, ranging from music streaming services to mobile network contracts to news outlet subscriptions. 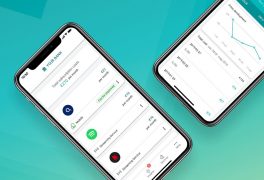 SpareBank 1 is Norway’s second-largest financial institution, holding a significant percentage of Nordic consumers which Minna says have between 8-12 subscriptions on average.

SpareBank 1 Østlandet’s head of innovation, Christian Fjestad, is “confident” the new feature will increase the value of its open banking apps for customers, as the savings group sees competition from the likes of Sparebanken Vest, the third-largest savings bank in Norway which has just launched its digital challenger Bulder Bank.

Sparebanken Vest’s new challenger has already announced its partnership with subscription management service Subaio, which is backed by the likes of Nordea.

Despite the deal emerging hot on the heels of its competitor’s partnership with an alternative service, Fjestad, says: “We will continue innovating and introducing new features to our customers in order to make everyday finances easier to manage.”

Subscription management seems to be high on the priority list for consumers, as Minna’s research with Cicero Consulting reveals it is the “second most requested functionality”.

Initially Minna will deliver the new feature to Sparebank 1 Østlandet’s customers, and “shortly after” the remaining banks in the group will pick up the feature too.

The companies say the partnership will continue “to explore additional innovation opportunities and the possibility of launching new features that will benefit Norwegian consumers”.