There’s a new challenger brand in Norway as mortgage focused Bulder Bank opens its doors in the Scandinavian country. 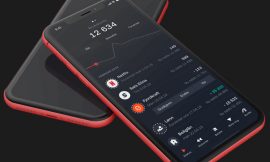 The new bank is a digital offshoot of Sparebanken Vest, the third-largest savings bank in Norway. It has not launched as a separate financial institution and relies on Sparebanken’s licence.

Offering a mortgage with automatic interest rate cuts as its first product, the bank plans to roll out new services in the future, including a subscriptions tracker supplied by Subaio.

“The first stage is a mortgage,” the bank states on its new website. “Then we will put all our effort into making Bulder a banking app that is better than anyone else has done in the past.”

The bank has been in development since late 2018, when Torvald Kvamme, a director at Sparebanken, moved over to become director on the new project.

He has since been joined by new CTO Markus Nordstrønen, previously technical lead at DNB Bank, and Pål Nielsen, a 33-year veteran of Sparebanken who will head up product strategy.

The bank’s application is available now on the Apple App Store and Google’s Play service.