Smarterly secures £7m in Series A funding round

Smarterly, the digital wealth platform for the workplace, has secured a £7 million investment led by a family office, Major Oak.

Major Oak invested £5 million, with the remainder coming from existing angel and crowdfunding investors. Some of the investment was used to complete the recent acquisition of Salvus. The rest of the funding will be used to further develop Smarterly’s product proposition and allow further growth in the market. 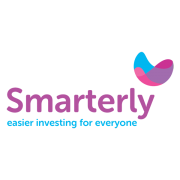 Some of the investment was used to complete the recent acquisition of Salvus.

Phil Hollingdale, Co-founder says: “Smarterly is changing the face of workplace savings, particularly as we move into unchartered territory of the working world post-COVID-19. Financial wellbeing is no longer one dimensional, it’s about supporting employees throughout their entire life journey.”

Over 16 million people in the UK with less than £100 in savings, according to a recent study by the Money Advice Service (MAS), and the wealthtech wishes to use the workplace to turn the UK into a nation of savers.

The business was founded in 2017 by Ben Pollard, an actuary, who was underwhelmed with his own experience in setting up an ISA, so he decided to build his own platform and simplify investing for everyone.

It states that it was the first workplace savings provider to introduce a Lifetime ISA through payroll deduction.

Smarterly claims to have over 80,000 customers with £230 million assets under management and works with over 100 businesses including many of the UK’s largest employers.