TechCrunch reports that Bhatia, a former American Express executive in Europe, will be replacing its previous COO Tom Foster-Carter, who left to launch his own grocery start-up in November. Monzo confirmed Bhatia’s appointment, which is still subject to regulatory approval. The publication understands is that she’s due to start the COO role in late June. 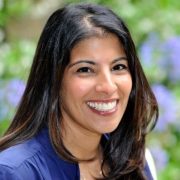 Prior to Monzo, Bhatia spent almost 16 years at American Express. Her most recent position at Amex was senior vice president for global merchant services in Europe. Before, she was senior vice president of global strategy and capabilities at the US credit card company. Bhatia held various positions in other financial organisations before joining Amex. She worked as a consultant at Bain & Co for three years, an associate at Goldman Sachs for a year and a consultant at Ernst & Young for four years.

Bhatia’s appointment follows the recruitment of Mike Hudack, the former CTO of Deliveroo and most recently a founding partner at London venture capital firm Blossom Capital. He joined Monzo in March as the challenger bank’s new chief product officer.

Bhatia joins Monzo at a turbulent time for the challenger bank due to the current coronavirus crisis and resulting economic downturn.

Like other banks and fintechs, the coronavirus crisis has resulted in Monzo seeing customer card spend reduce, meaning it is generating significantly less revenue from interchange fees. The bank has also postponed the launch of premium paid-for consumer accounts, one of only a handful of known planned revenue streams, alongside lending.

Last month, TechCrunch reported that Monzo was shutting its customer support office in Las Vegas, seeing 165 customer support staff in the US lose their jobs, in addition to furloughing up to 295 staff under the UK’s Coronavirus Job Retention Scheme.

The senior management team and the board has volunteered to take a 25% cut in salary, in addition to its co-founder and CEO, Tom Blomfield, deciding to suspend his salary for the next twelve months.