Mastercard has appointed UK, Ireland, Nordics and Baltics boss Mark Barnett as the president of its Brussels-based European operations. 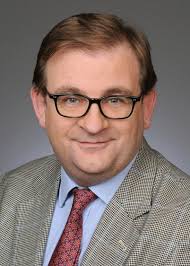 Barnett will be responsible for the strategy, direction and overall success of all aspects of Mastercard’s business across the region.

He spent five and a half years in his role as UK, Ireland, Nordics and Baltics president. Prior to that he held positions at Mastercard Advisors. He has worked at the payments giant for almost 19 years.

Barnett will report to Gilberto Caldart, president of international business, and will join Mastercard’s management committee on 1 June 2020.

“This is an important time for Mastercard, especially here in Europe,” says Barnett. “Mastercard is the only true multi-rail payments technology company in Europe and as such we are uniquely placed to be able to deliver simple and secure ways to pay and get paid across the region.”

Gilberto Caldart adds that the new European boss has “a proven track record in building new and meaningful partnerships, while creating a culture which fosters new thinking and new ways to deliver.”